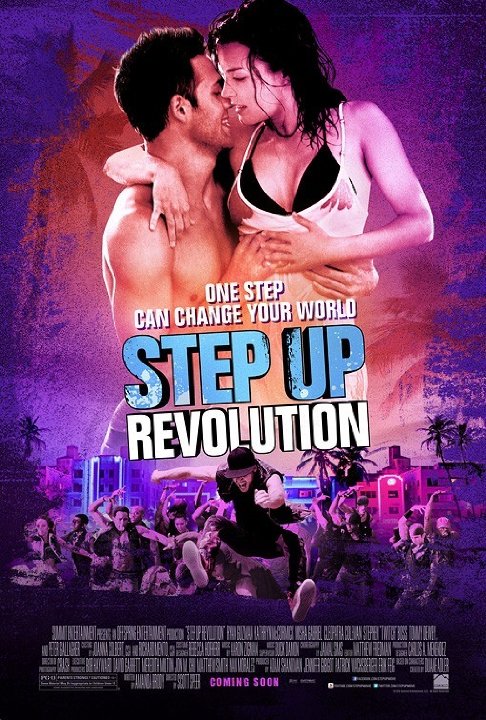 Plot: A woman arrives in Miami and dreams of making the move to become a professional dancer. She finds a kindred spirit in Sean, the leader of a street crew, but things are complicated by her father's development plans, which includes tearing down Sean's neighborhood. -- Chris Kavan

This movie needs to step it up a little bit. I was looking forward to this movie just to see the dancing but I was disappoint. This movie had some really bad acting and the dancing felt a little bit weak in some place's.

A group of dancers calling themselves "The Mob" showcases their amazing talents on public as part of the competition the group is in. When a woman joins their group, their performances which were sometimes considered public disturbance goes up to the level of a "protest art" *** I must say that I would put this fourth installment of Step Up on top of the whole franchises list. Despite of the simplicity of the storyline, this particular installment delivered the best story among all installment. Dance numbers were all amazing and covers more styles of dancing compared with the previous three. HOWEVER, it is still notable that the cast, though very good dancers, are not actors!

No posts have been made on this movie yet. Be the first to start talking about Step Up Revolution!