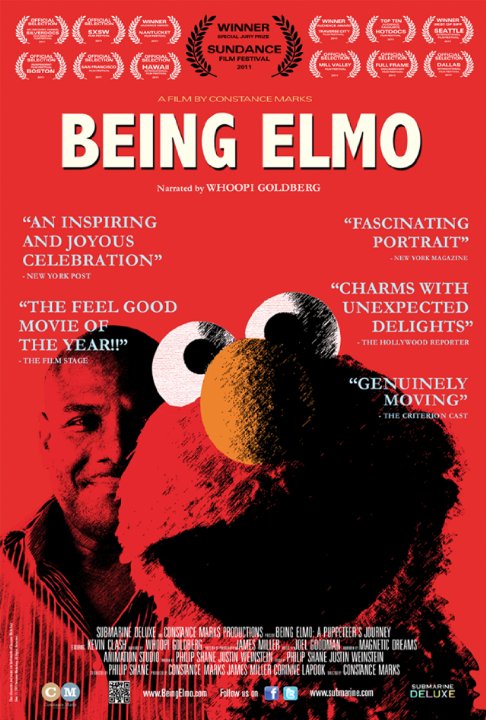 Plot: Elmo is perhaps one of the most recognized and adored characters on Sesame Street - winning the hearts of children world-wide. Yet the man behind the puppet can walk down the street without a soul recognizing him. This is the story of Kevin Clash and how he breathes life into a cherished character. -- Chris Kavan

Being Elmo: A Puppeteer's Journey review

The heartwarming motivational story of the genius behind the popular muppet, a father and a legend in the field of puppeteering. For fanatics of Sesame Street, puppets, Labyrinth, finding out the history of the icon Jim Henson, then this will be a treat. It shows the heart and history of Kevin Clash, a man who had a talent and dreams realized because of the guidance of a man named "Kermit" and working for a children's TV show. Aside from the humor involved throughout his story, the hardships and drama of being a young African American who enjoys puppets were presented. Even the dialogue was heartfelt and memorable as the man behind Elmo - "To this day, when a Make a Wish child or a sick child is there, the majority of the time, they'll ask for Elmo." Wife of Clash - "She is not a …

No posts have been made on this movie yet. Be the first to start talking about Being Elmo: A Puppeteer's Journey!