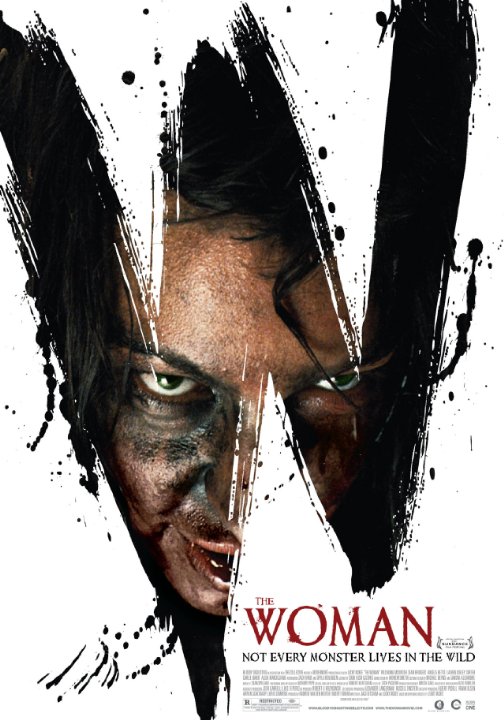 Plot: A man attempts to civilize a woman - the last remaining person of a clan of people who roam the wilderness but he doesn't realize his good intentions will put his family in great danger. -- Chris Kavan

The last scene is quite an ending, but it still feels as if something else needs to be said.

A different sort of horror film that, other than a shocking finale, really isn't about gore and visceral horror, but rather horror in the domestic setting. A seemingly normal family harbors some pretty terrible secrets, and, other than The Woman in the title, could easily be happening right now.

This is one of the most shocking films I've seen in a long time. However, the shock value isn't based on scenes of grotesquery, but rather the decisions and actions of the characters. Though, it does have it's share of grotesque acts, they aren't there for the sake of just being gory. The film has a slow and quiet build of tension that compliments the story and raises the emotional impact of the violent moments. Underneath the horror is a family drama about domestic abuse that is heard without having to cater to the audience. This movie is NOT for everyone. But for the horror fan who is tired of the same low-budget genre crap, this is definitely worth seeing.

Movies I Own by Photo20

No posts have been made on this movie yet. Be the first to start talking about The Woman!