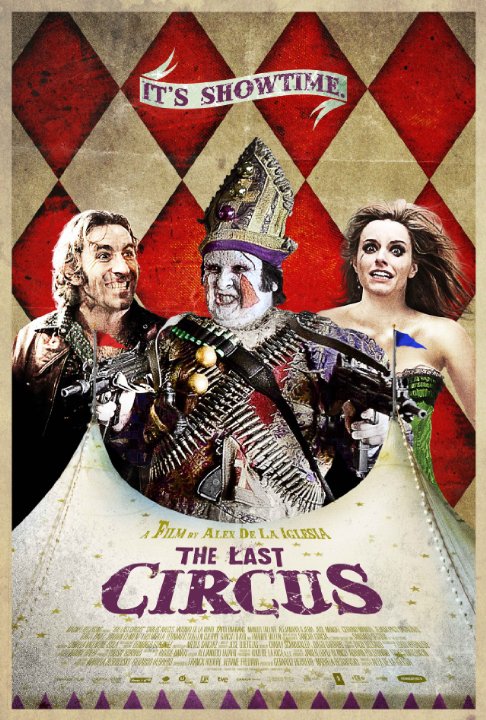 Plot: A boy watches his father, a clown in a circus, taken away to fight in the way. Years later he seeks to save his father from a brutal life working the mines, but instead witnesses his death. As an adult he becomes a "sad" clown for a small circus and finds himself falling for a trapeze artist who happens to be the owner's mistress. He cruelly beats her, leading to a confrontation that sets the young man down a path of revenge and madness. -- Chris Kavan

An incredibly bizarre tale of love, revenge and madness - it looks amazing but borders on the grotesque - if you're not afraid of clowns yet, you will by the end of of this film. It also portrays the horrors of war while balancing it against one of the most messed-up love stories you'll see. Not for everyone, but truly an experience.

No posts have been made on this movie yet. Be the first to start talking about Last Circus, The ( Balada triste de trompeta )!