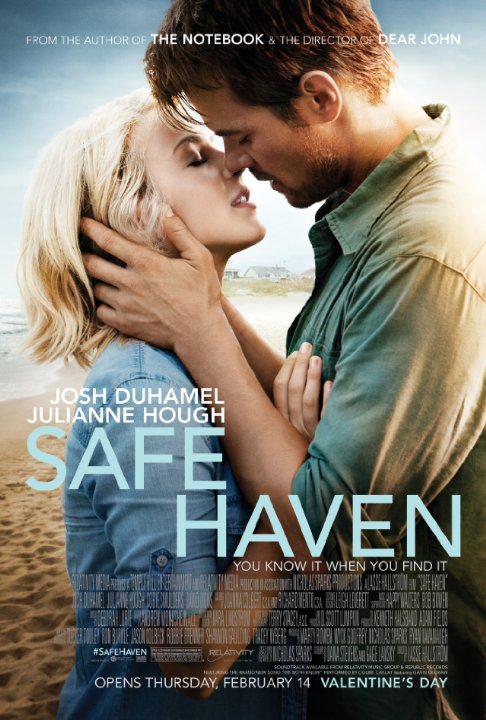 Plot: A young woman moves to Southport, North Carolina where she soon starts up a relationship with a local widower, all the while, dark secrets from her past threaten the new life she has built. -- Chris Kavan

Safe Haven (2013) Katie (Julianne Hough) is running away from a dark secret, one that no one can ever find out about. She suddenly finds herself in a small North Carolina costal town, trying to make a new life. Her world starts looking up when she meets a young widower (Josh Duhamel) and his two children. But Katieâs past may catch up to her and hurt the people she has started to care about. This is the first Julianne Hough movie that I have seen that I didn't mind her performance, but that may be because she doesn't sing in this film. Dumel and Hough are a cute couple, but you never see any sparks between the two as Hough has better chemistry with the two kids. The storyline is very predictable, even the twists are easy to see coming (and hey, it's a Nicolas Sparks film, so you know …

Movies I Want To See by Alena

No posts have been made on this movie yet. Be the first to start talking about Safe Haven!