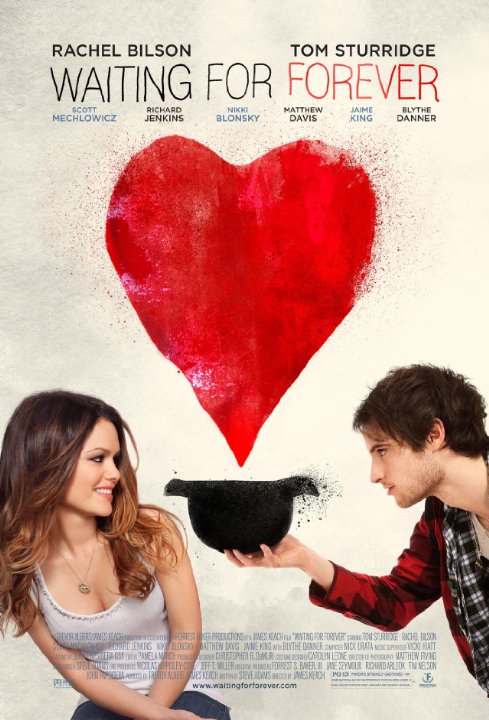 Plot: A Hollywood-set romantic tale of a guy who is content to live his life without a job yet with the love of his life, a young actress.

Will and Emma were childhood friends. After the train accidents Will's parents encountered, Will, with his brother Jim, had to move out from their town to live with their uncle. After several years of separation, Will gets a chance to tell Emma about his feeling, the feeling he has since their childhood years, the feeling which is waiting like for forever. *** The story was good. The twist was there to excite and it was really a good piece to work on. But I think, the problem here was, there was no direction at all. Tom Sturridge's performance, in some point, was already building up, but it went nowhere. Sorry to tell this, but this was kinda sorta wasted.

Movies of 2010 by Pollyanna

No posts have been made on this movie yet. Be the first to start talking about Waiting for Forever!