From Prada to Nada Movie Information 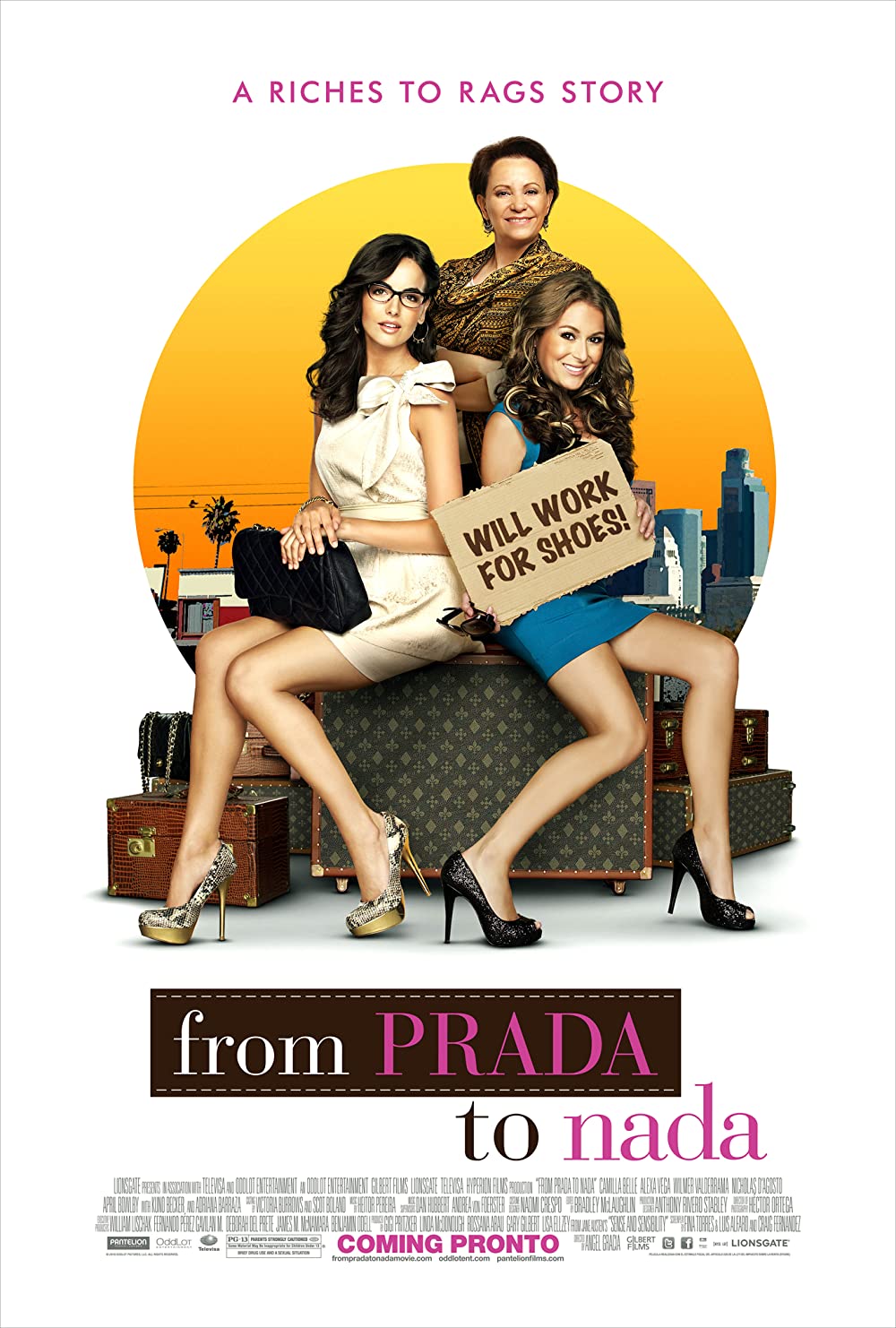 Plot: A new twist on the classic "Sense and Sensibility": Two spoiled sisters must cope with regular life after their father's sudden death leaves them penniless and forces them to move in with an estranged aunt. -- Chris Kavan

This was a nice movie with good morals. It has lessons like: the importance of family togetherness and support, don't to rush into love, don't be too careful, and don't judge a book by it's cover. The only downside was that the romance developed too quickly considering that Edward and Nora barely spent anytime together. This can be forgiven because they ended up being really cute for each other. One thing that made me laugh was that Nora and Mary were really orange throughout the movie.

Movies I Want To See by uhwhat

No posts have been made on this movie yet. Be the first to start talking about From Prada to Nada!