One for the Money Movie Information 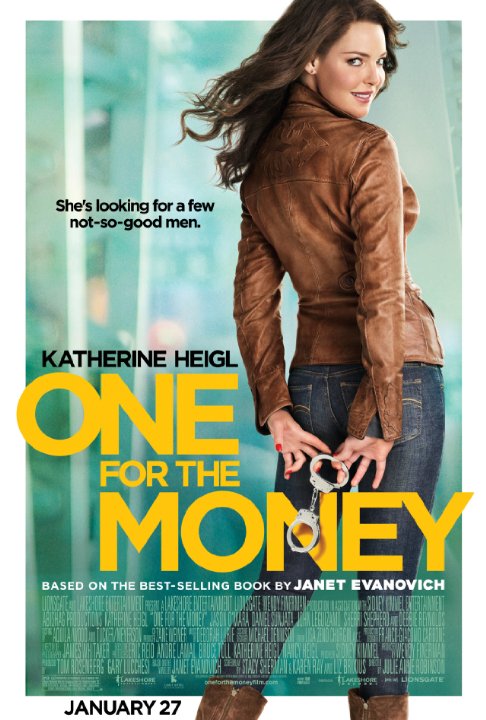 Plot: With no job and no husband, Stephanie Plum decides to take up her cousin's offer to work Bail Bonds. Her first assignment puts her on the trail of a local wanted cop, one she has a personal tie to. -- Chris Kavan

I didn't really think that I would like this movie. But, my mom is a big fan of the book series. So, I went and saw it with her. Aside from the racist stereotypes in it, it wasn't such a bad movie. I mean, Katherine Heigl is damn sexy. And the story-line was interesting.

Movie Review of One for the Money

Sometimes I have to wonder if I should give up reading books entirely âespecially if there is even the slightest chance they might be made into a movie. The reason I say this is because, with only a handful of exceptions, the movie adaptation of a relatively good book is almost always less than stellar----and thereâs few things in life more disappointing than a movie that takes a great story and tells it all wrong. You can now add âOne for the Moneyâ to that long and distinguished list.

THE GOOD: Author Janet Evanovich has spent the last 18 years creating the Stephanie Plum novels, about a Jersey girl who goes from selling lingerie in Trenton and being flat out broke, to working as a bounty hunter for her slimy cousinâs Bail Bond business and keeping herself in high …

Movies from 2012 I've seen by Corndog

No posts have been made on this movie yet. Be the first to start talking about One for the Money!