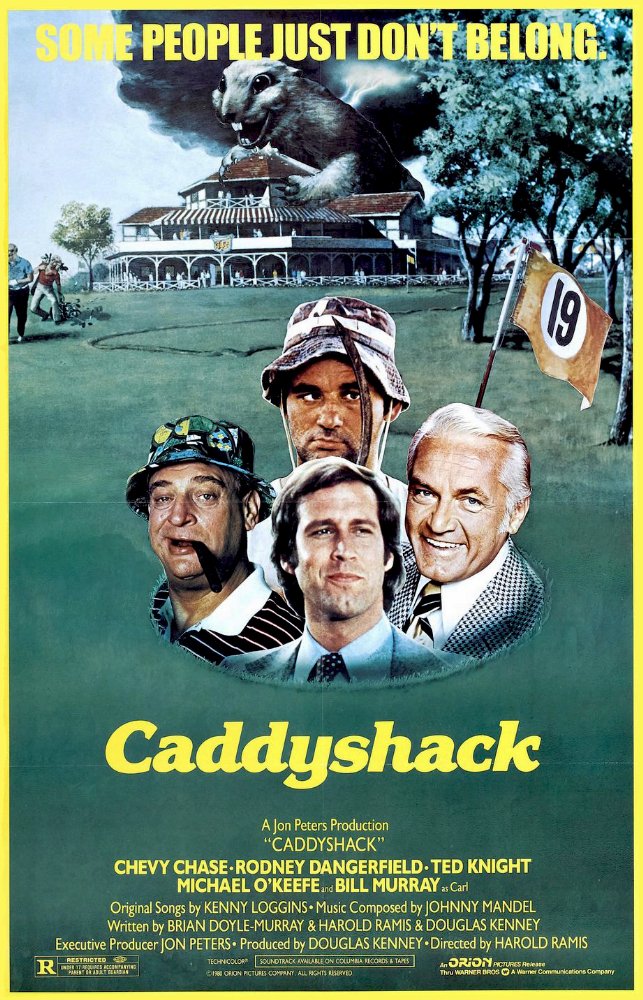 Plot: At an exclusive golf club, a new member shakes things up while a gopher & grounds keeper have their own showdown.

While a few of the antics the characters find their way into are quite funny, the rest of them are only mildly amusing.

One of the best comedies ever, period. If you don't laugh, you're dead.

This movie is a classic. I liked it a lot, but still failed to see why this movie has garnished so much attention. I am just not a fan of older comedies. They do not do much for me. The cast in this is absolutely fantastic. It is a must-see because it is one of the greatest comedies of the 1980s and really showcased the talent that came from that era.

Cinderella story out of nowhere!!

It's difficult calling anything the "best" of that genre or category, but this isn't hard at all. Just as "Shawshank redemption" and "No Country For Old Men" were the two greatest motion pictures of all-time, "Caddyshack" is easily the greatest comedy of all-time. With a classic hilarious ensemble cast that included unforgettable performances by the likes of Bill Murray, Chevy Chase, Rodney Dangerfield & Ted Knight, most at the peak of their performing careers, and with incredible leadership and writing from top notch guys like Harold Ramis and Brian Doyle-Murray, you gotta go with The Shack. Now a quarter century old, the film still holds up with it's classic "slobs vs. snobs" conflict. The depth and delivery of the one-liners here has never been equaled on film. The great stand-alone …

When this movie came out I was 6 years old, I didn't see it in the theaters and back then HBO was just getting started etc and it usually took a year or more for a movie to leave the theaters and get to Cable. Anyway, by the time it came out ON Cable I was probably already 8 or 9 years old and really starting to get into the whole "Juvenile Humor" thing, not to mention I started really noticing girls around this time. Caddyshack is one of my favorite movies from when I was a kid, everything from Rodney Dangerfield farting and saying "Hey who stepped on a duck?", to the Judge's granddaughter walking in the pool area and EVERYTHING stopping to watch her. Things I didn't understand at the time like Danny and Ty talking about college and Carl talking about marijuana, still, I loved the …

No posts have been made on this movie yet. Be the first to start talking about Caddyshack!