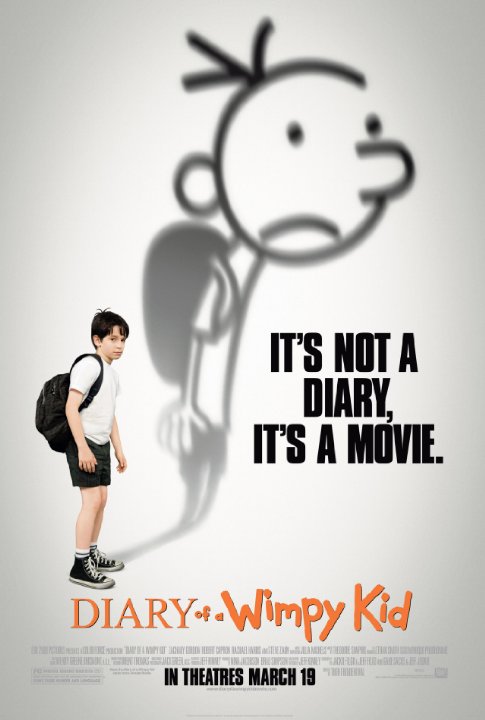 Plot: Based on the book by Jeff Kinney: A wise-cracking junior high student chronicles a year in his life through drawings and his diary. -- Chris Kavan

Based on the book this movie was funny and a good family film.

Greg Heffley (Zachary Gordon) and Rowley Jefferson (Robert Capron) are best friends who encounter the hardships of middle-school. Soundtrack and direction was alright. Though the plot is done several times, the slight humor and artists were believable. Some of the lines were meaningful with quotes: ". This place is an intellectual wasteland." "One day middle school will end and become high school and after that it just becomes life. All those things you think are important now won't be anymore." from Angie. Diary of a Wimpy Kid was not bad at all when it comes to showing how kids can be.

No posts have been made on this movie yet. Be the first to start talking about Diary of a Wimpy Kid!