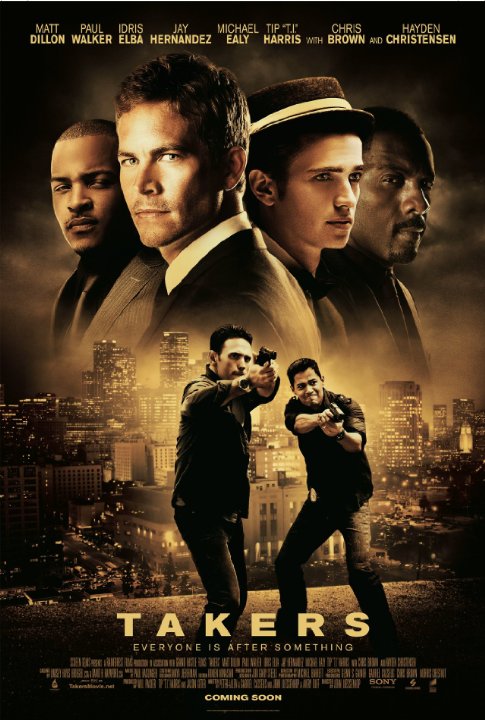 Plot: A dedicated group of bank robbers think they have the perfect plan to take down $20 million, but a determined detective aims to take them down. -- Chris Kavan

Not much memorable characters matched with over dramatic gun fights and shaky camera work. It has some nice action sequences but the story telling is all over. I guess this is the product of a film filled with too much central figures with the nonchalant forgettable acting of Walker and Christensen. Takers is a violent film with depressing turns and somewhat realistic film but fails as a whole.

The same o same o Takers is the typical cops and robbers movie.

A pretty middle-of-the road heist flick that takes elements from better movies and gives it the old college try. I was mildly entertained, but not enough to recommend this to anyone unless you really are desperate for a crime drama.

No posts have been made on this movie yet. Be the first to start talking about Takers!