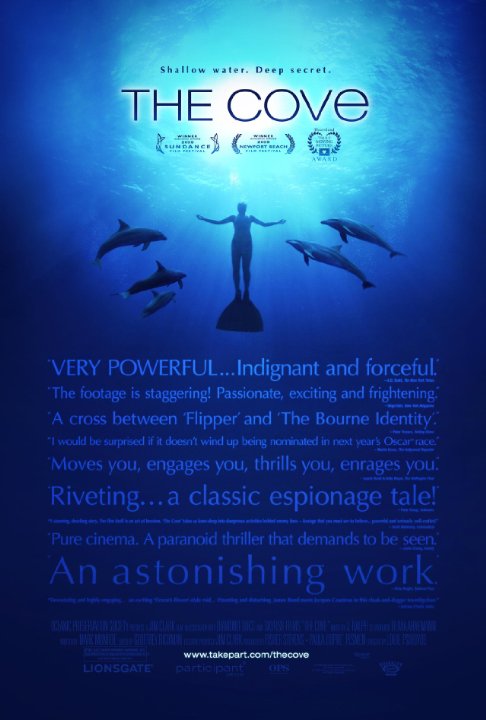 Plot: A group of activists infiltrates the waters off Taijii, Japan to expose the slaughter of thousands of bottlenose dolphins by local fishermen. -- Chris Kavan

The Cove is a haunting and beautiful documentary with a strong emotional undercurrent. It doesn't preach whee it doesn't need to, but rather lets its compelling story and powerful imagery drive the audience to action.

Even if you're a card-carrying member of the NRA instead of PETA, this documentary will make you sit up and take notice. Makes you wonder what else goes on just out of sight of the greater population. Weaving interviews, the planning of an audacious plan and actual footage caught - this is powerful and deserves the recognition it has been given.

I LOVED the part where the mayor of Taijii was at the conference talking about how the methods for killing dolphins has improved & become more humane.In perfect timing, In walks Richard O' Barry with a TV strapped to his chest showing dolphins being speared to death by fishermen.What a set of balls on this guy!!! I just wish they couldve got some video of interviews with people who were at the conference who got to watch the video & see what there opinions were after watching

No posts have been made on this movie yet. Be the first to start talking about The Cove!