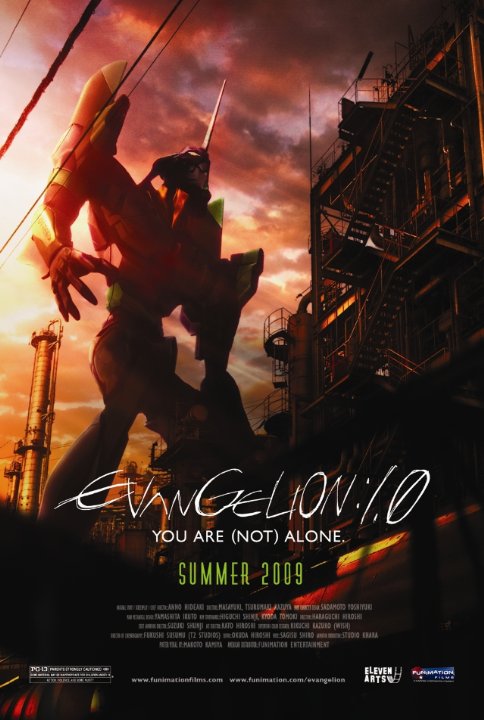 Plot: The first in a line of four films that will re-imagine the Neon Genesis Evangelion TV series. You Are (Not) Alone cover approximately episode 1 - 6 dealing with Shinji Ikari coming to terms with being an EVA pilot and battling Angels, dealing with his estranged father Gendo, his new roommate Lt. Colonel Misato Katsuragi and the cool, distant pilot Rei Ayanami. -- Chris Kavan

Fans of the original television series will recognize this as it essentially covers the first six episodes with some wicked-good updated graphics, but other than the very end, is pretty much keeps it the same overall. Still, it looks great and I'm anticipating the next films in the series.

Movies I Own by Sebman

No posts have been made on this movie yet. Be the first to start talking about Evangelion: 1.0 You Are (Not) Alone ( Evangerion shin gekijÃ´ban: Jo )!