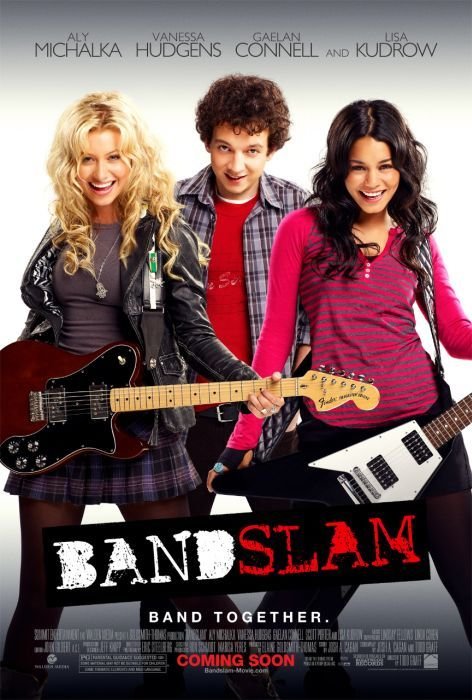 Plot: A misfit joins at a new school in Jersey and finds that he's not the only one with a love for rock music. Finding an unlikely ally in the form of one of the most popular girls in school, they join together to compete in Bandslam, a local battle of the bands. -- Chris Kavan

No Memorable Lines At All

I'm glad I was paid to watch this movie [I'm a projectionist, so I have to for my job] because I wouldn't hvae watched this otherwise. Imagine a movie that has taken every single ounce of dignity in the punk/indie music world and shredded it into a taco with the help of Vanessa Hudgens cheap crap of a "talent". I have to say that there was way too much "drama" in this supposed "family" film. I'm sure tweens who enjoy Miley Cyrus and "High School Musical" will just go head over heels for this crappy dramedy, but I'm afraid I am not a fan of either, so I must be off into my own world of self-indulgent criticism. Eh, oy vay, what a world in which this crap can get funded and distributed everywhere, but "Juno" takes over a year to get there....what's going on, Hollywood!?

Movies I Want To See by Hayley

Movies I Have Seen by mimschkin

No posts have been made on this movie yet. Be the first to start talking about Bandslam!