Aliens in the Attic Movie Information 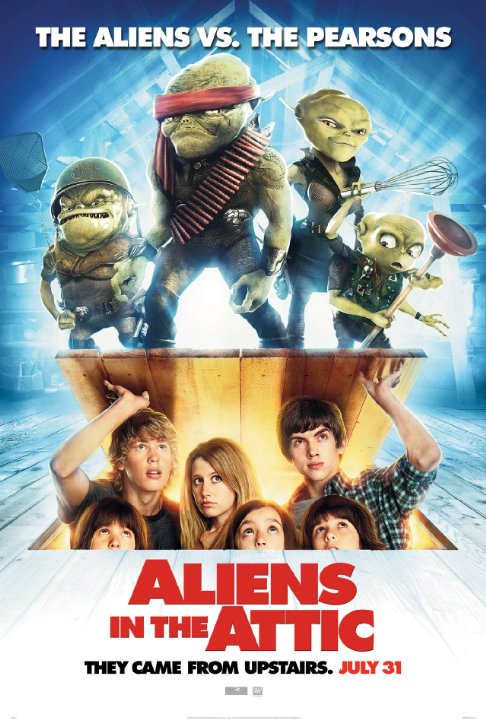 Plot: A group of teenagers at a Maine vacation house need to stop an impending alien invasion... one floor at a time.

If you're a kid then you'll love this movie.If you're an adult then you'll probably hate it.This is a movie that's definitely for kids.I did like the aliens & could've done without the remote controlled humans.There were some OK parts (Maybe 1 or 2) & some parts that went way beyond stupid (Most of the movie)

SUCKED........................OMG this is A piece of trash it has on e good part to some people ...lol whatever this movie should not have been made granted im not A kid but I grew up on movies that are still good(example) toy story,the brave little toaster nightmare before christmas cmon this what a waste of time and it's not even the actors fault

No posts have been made on this movie yet. Be the first to start talking about Aliens in the Attic!