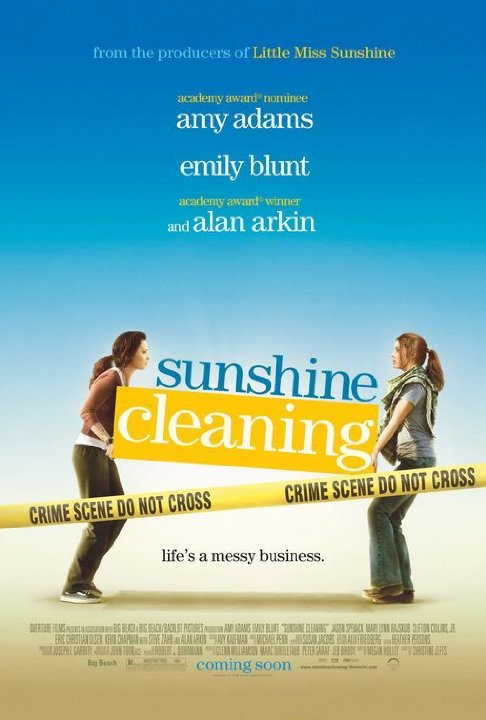 Plot: In order to send her son to a private school a mother, along with her unreliable sister, start a biohazard removal/ crime scene clean-up service.

This movie is seriously marketed incorrectly. The front cover makes it look like it's going to be some sweet comedy about two sisters learning to love each other again or something- but it's not. At least, it isn't a comedy. It's actually rather depressing, but the sort of relatable depressing that I can sit though.

Not bad at all

Not the sunshiny happy movie it was made out to be. It was pretty depressing actually. Not a good movie, but the the worst either.

im soooooooo excited! i think it comes out this friday!when i first read the plot, i was like, woah.this is gonna be good.

I think I've been waiting for this movie for like a year. I'm so excited to see it. Amy Adams and Emily Blunt are both very talented actresses. Alan Arkin is great as well. I think the basis is funny and it's should be great since the cast is good and seem like they would work well together. Can not wait for this.