Plot: Young Soviet Army recruits are stuck in the bloody war in Afghanistan.

I would have LOVED to have seen 9th Company in a theater or on a big screen TV with surround sound speakers.The effects were just awesome & I loved how it showed the troops from training to war to the end.Great war movie Id tell anybody to go see 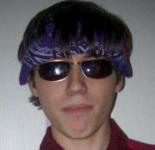 Probably the greatest war movie ever filmed. Unlike Saving Private Ryan this based on a true story film is about a group of Soviet paratroopers defending Hill 3234 from an onslaught of Mujahideen forces. The scenes of the landscape of both Uzbekistan and Afghanistan are breathtaking and the film does a good job of making you like the characters in it. It focuses in on the "war is hell" kind of aspect, the Soviets win the battle but in the end pull out of Afghanistan and the country they gave their lives for would end in just 3 years. The action and soundtrack as also exceptional especially the theme for the film. The ending was moving enough to make me shed a few tears. A word of caution though their is full nudity and a sex scene so this isn't much of a film to watch with little …

No posts have been made on this movie yet. Be the first to start talking about 9th Company ( 9 rota )!