Actually it didn't, I haven't seen it.

And even if I did see it, I'd never say a movie ruined my childhood.

Last weekend saw the release of Footloose, which, from what I understand, stays pretty faithful to the 1984 Kevin Bacon movie about the town where dancing is banned (but everyone is still a really, really, really good dancer).

As with most remakes that have come out, a collective WHY is heard from fans of the original. Why must they do this? Has Hollywood run out of ideas? Why must they destroy what I love so much?

What amuses me is that this growing chorus that appears with each remake seem to take on an attitude that this is the one and only remake that has ever happened. However, Hollywood has been remaking, rebooting, and redoing movies for years. Decades even. Go to Wikipedia and type in List of Film Remakes. There are so many they had to split them into two pages. As you scroll through the list, you'll probably be surprised to see how many pretty good films are actually remakes. They just had different titles.

Yes, I can still remember the first time I saw Footloose when I was a whole 9 years old. I still remember listening to the soundtrack (on cassette, of course). I even have the soundtrack on vinyl. And no, I don't plan on seeing the remake (maybe it'll eventually be in my Netflix queue). But am I bitter that Hollywood chose to take a film from my childhood, one that I really loved, one that I would probably sit down and watch if I saw it was on TV?

Nope, because here's the deal. The original is still there. While I'm sure the cast and crew of the remake did a good job (reviews are strong), Footloose will always be Kevin Bacon's angry dance in the warehouse, the chicken contest with tractors and the ridiculously glittered, perfectly choreographed dance at the end.

The original is still there for enjoyment, so unless that disappears, that's the Footloose I'll remember.

Okay, I'll agree on Red Dawn - the cheese factor is through the roof. However, if they better not mess with The Goonies or Princess Bride.... or else.

I agree, I think a 2011 audience would spend more time making fun of the hairstyles, clothing, and over-dramatics of the original. For someone like me that grew up with it, it's no big deal, but today's audiences are too cynical to probably appreciate it. We'll probably get to revisit this conversation when the Red Dawn remake comes out later on. Now there's a movie that I watch now and cringe, but thought was the best thing ever when I was a kid. 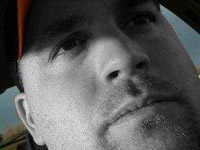 I think if you ask a 17 year old to watch the original Footloose after watching the remake... you are going to find that most of them will hate the original. The production value of any movie made today (even independent films) will generally knock the socks off movies from the 80s. This will compensate for worse acting in the eyes of the younger crowds.

I see what you are saying about the different titles. I just think that Hollywood should be a bit more creative and actually try to do a good job on the more recent remakes and make them new, instead of just like the original (I.E. The Thing).

An excellent counter-point to my own argument. It's a generational thing, I believe. It seems that all remakes that are coming out (and it seem more frequently to me) has some connection to something I enjoyed in my youth - movies or TV. I know it's been happening, and will continue to happen, but I'm still not going to be happy about it because there's a group of people who don't know the original and only know the remake, and that is the true crime.