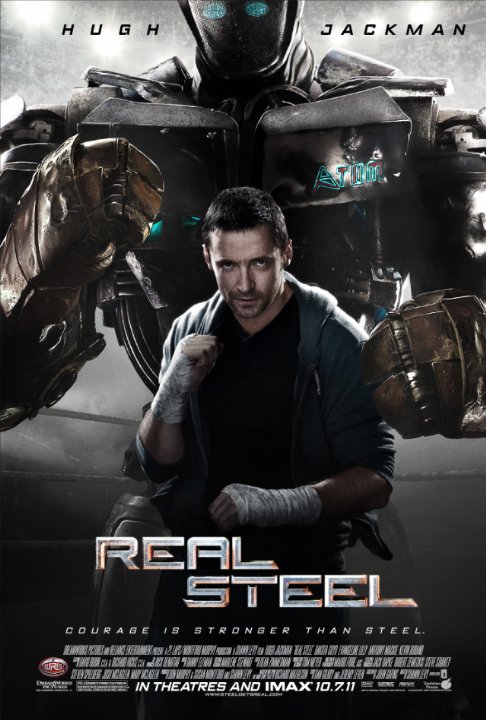 A former boxer Charlie Kenton (Hugh Jackman) is an insensitive character who enjoys betting his robots though he never pays his dues. He then sees his son Max (Dakota Goyo) and becomes close with him after discovering a robert. Despite its flaws, an overdone formula and its sometimes dull dramatic scenes, it still however entertains. One can see the transformation of Charlie, the attention needed by a child in Max, and the support given by Bailey (Evangeline Lilly). Had some nice quotes from Charlie "Crazy how everything changes." Baily - "Something is better than nothing." and Maz - "Get up!...Hang on!." Real Steel is an endearing film not only of robots slugging it out, but the importance of righting wrongs, fatherhood and integrity when it comes to deals.