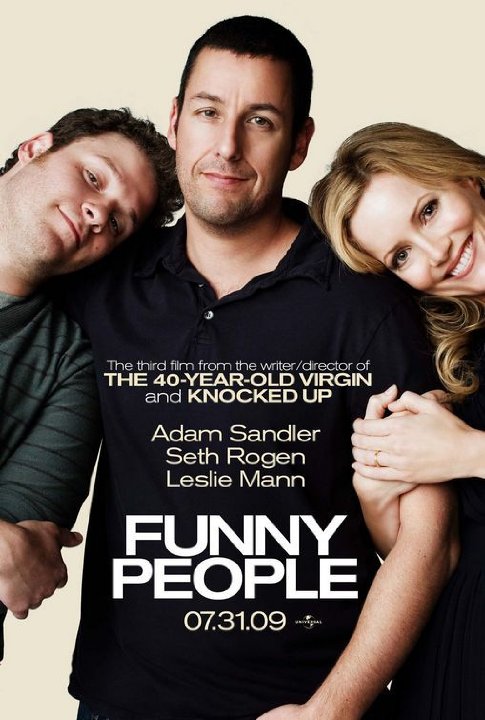 George Simmons (Adam Sandler) is a selfish rich comedian actor who has acute myeloid leukemia. Ira Wright (Seth Rogen) was asked by George to write for his material. Laura (Leslie Mann), an ex-fiancÃ© of George, decides to see him again and opens up about her marriage. Some background characters scenes were too long which made the film somewhat lengthy. Screenplay was good with lines: George â âIt kind of sucks being old, so just enjoy this time. Time slips away. I promise you. I had a dinner like this twenty years ago with guys that just lost touch with each other. I never talk to them anymore. Some of them are dead. Things slip away. If you love somebody, donât let them slip away.â and âI was young and stupid.â Clarke â âNobodyâs whoâs married is happy, you idiot.â and âwe have to learn from this.â Cameos were bountiful and at times funny. Funny Peopleâs themes of marriage, friendship and maturity were evident, though some parts were dull while certain dialogues were hilarious.