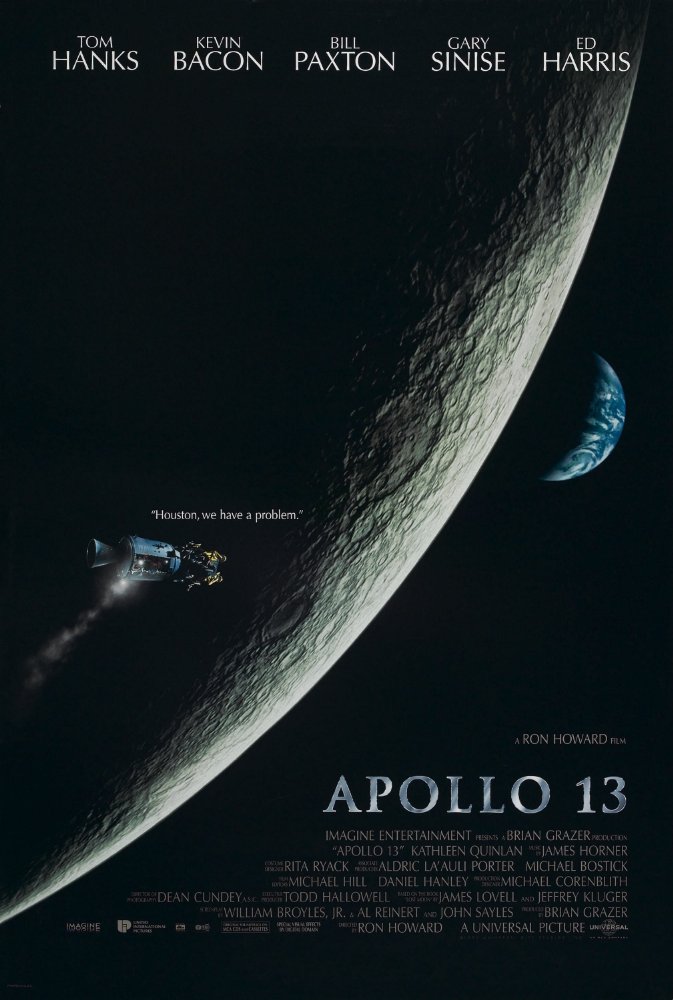 A dramatic true to life film of various individuals with a goal consisting of astronaut Jim Lovell (Tom Hanks), Ken Mattingly (Gary Sinise), Fred Haise (Bill Paxton), Jack Swigert (Kevin Bacon) and Apollo 13 Flight Director Gene Kranz (Ed Harris). The movie kind of drags because it consists of trainings, technical jargon's and accidents. Performances all around were solid while the score and special effects made it entertaining. Apollo 13 is a worthy space film that can be enjoyed without expecting too much or anything groundbreaking.