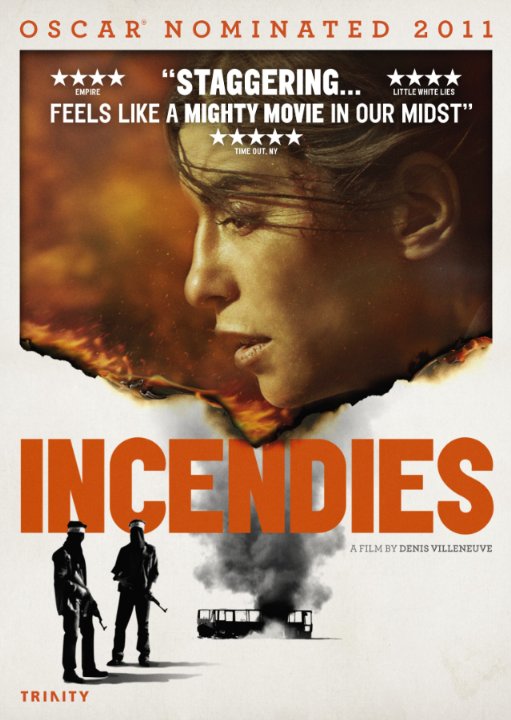 This movie may have run long, but you need patience and focus to fully understand its splendor and premise because of its dual storyline, elegantly directed and unbelievable ending. Nawal Marwan, a Middle-Eastern Christian gets pregnant. Wahab, a refugee, gets shot. Nawalâs baby is sent away with a marker on his foot. Jeanne looks for people to help her find her mother. Nawal assassinates a Christian Leader. Abou Tarek, the executioner, rapes her and bears a child. Number 72 is branded as âThe woman who sings.â The brother and sister, Simon and Jeanne, reunite and searches for their brother Nihad in Deressa. He is abducted by Chamseddineâs men. Nihad is Abou Tarek who changes his name residing in Canada. The children of Nawal read the will after her death.

Among many aspects, the screenplay was imposing with one of the best lines: Nawal - âWe stand for peace. This is not about religionâ âNothing means more than being together,â âdoes one plus one make one?â and âI want you to have a better lifeâ¦youâre children will help you.â Cinematography was like a picture perfect shot of each location the filmâs lacks a suitable score, which it doesnât really need because of its brilliant direction. A film about roots, persistence of learning the truth, effects of violence from war and family. Performances were wonderful especially Lubna Azabal and its locations were gorgeous. Pace of the story was perfect for me despite its length. The twist in the conclusion will make one wonder in disbelief coupled with amazement. It lost best foreign film in the Oscars and has been nominated in other awards bodies; nevertheless its masterpiece was noticed, especially from this reviewer. Clearly one of 2011âs best films created, this reviewer was impressed by Incendies because of its impact and overall quality production.