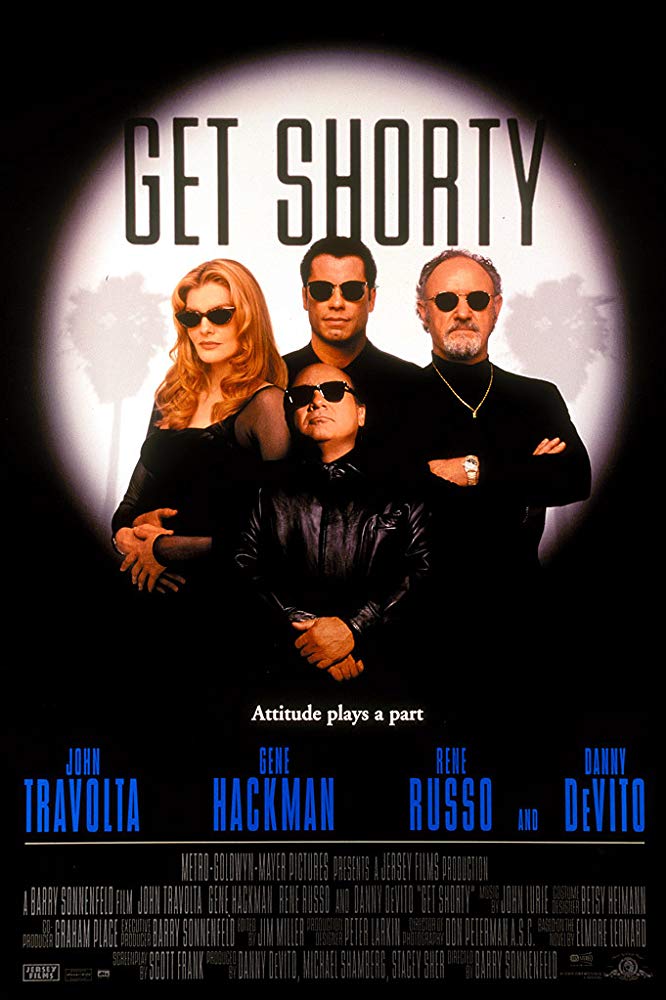 A debt collector who wants to transition his career into Hollywood. Chili Palmer (John Travolta), a film buff who has a flair in the movie industry, converses with Harry Zimm (Gene Hackman). Ray "Bones" Barboni (Dennis Farina) instantly becomes Chili's boss since his former boss Momo dies accidentally. Palmer meets a B-movie actress Karen Flores (Rene Russo) and pitches the script to the popular actor Martin Weir (Danny DeVito). Bo tries to get rid of Chili but Bear helps him out. The movie pushes thru and actor Harvey Keitel playing Barboni and Martin Weir as Palmer. A few lines from the flick: Chili - "Rough business this movie business. I may have to go back to loan sharking for a rest." "I mean I could see myself in movies Robert De Niro had been in. Or I could maybe do an Al Pacino movie, play a hard-on. But I couldn't see myself in ones, like say the one where the three guys get stuck with a baby." Soundtrack of the film was appealing, script of course was exceptional. If only the latter part of the film was better than its beginning. Cinematography was good and Farina and Travolta were exceptional. Get Shorty stands tall with the laughs and pace of the storytelling.