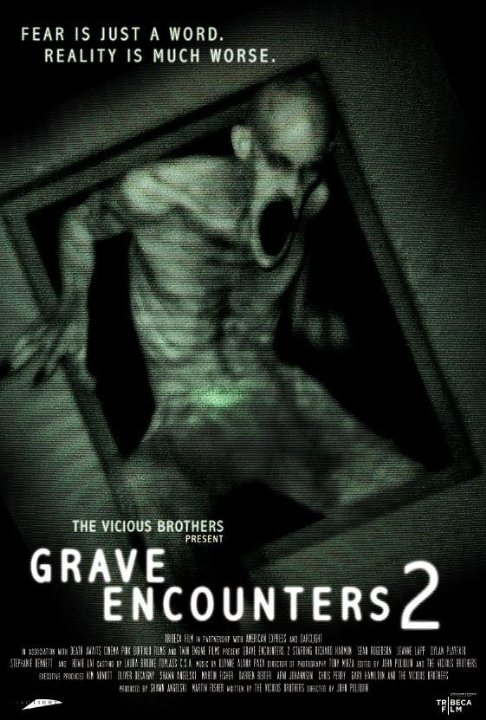 The original Grave Encounters was mediocre at best, filled with clever ideas but bad execution. Now we have the sequel, and again, it has some clever ideas but this time the execution is horrifically awful. In fact, so many different ideas are thrown into the boiling pot that it the end result is muddled and confused. What is this film really trying to be? A meta-found-footage film? A comedy? A satire? An actually scary horror film? All of the above? Well it basically fails on all those levels. Plus the characters are impossible to connect with, mostly obnoxious, and there is a long build-up in the beginning where I guess we are supposedly supposed to get to know them. However they are so insufferable that spending more than 2 minutes with them is too much. They are the kind of kids you'd wonder why anyone had invited them to the party. Oh, and once they actually enter the asylum, the scares are so predictable and cheesy, that they have no effect (save for the obvious adobe after-effects). In the end filmmakers have their heads so far up their asses that the final product is, well, a piece of shit. Stick with Rec 2 for a good found-footage sequel.

That's too bad - I stumbled upon the original while browsing Netflix and liked it a lot more than most of the random horror films I've come across. I'll probably still wind up watching this, but I'll keep my hopes tempered.