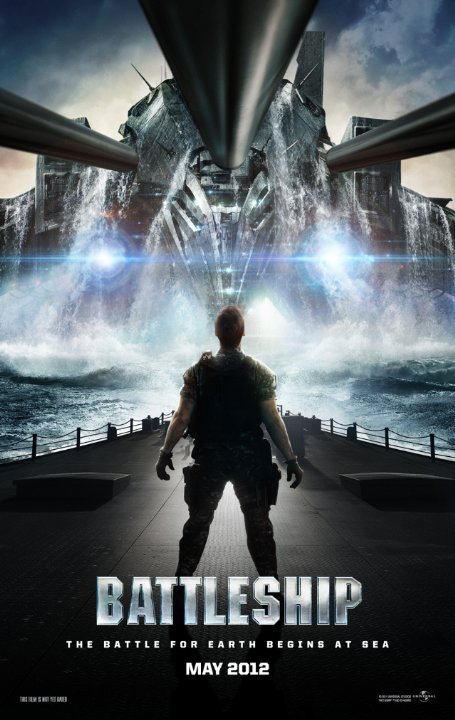 Wow this movie was every bit the epic fail I thought it would be. The story, the dialog, the acting, the directing, the pure idea that this could be a good movie all horrible. The special effects were ok but that can hardly save a movie this bad. I found my self often wondering how this movie even got made. It makes me worry about the people who make the decision about what movies get made. I think I would like to try and sell them a bridge i have, or a movie about a bridge I have.

I can't even begin to explain all the horrible things that happen in this movie so here are a few highlights.

The main Character, Alex Hopper, is a complete screw up at the open of the movie and getts arrested for breaking into a connivence store. Fast forward a few years and he is a high enough ranking official in the navy that when the top two officers on his ship are killed he is promoted to captain.

The aliens have the technology to fly millions of lightyears across space to attack our planet. When they finally start attacking us their attack ships can only hop from spot to spot in the water. Not fly, not crise through the water nope they can only hop from one spot to another.

In closing this movie is mildly worth for the ridicules laughs but I can not in good conscience recommend this movie to anyone.

I love the title of your review! Also, I agree with your opinion.