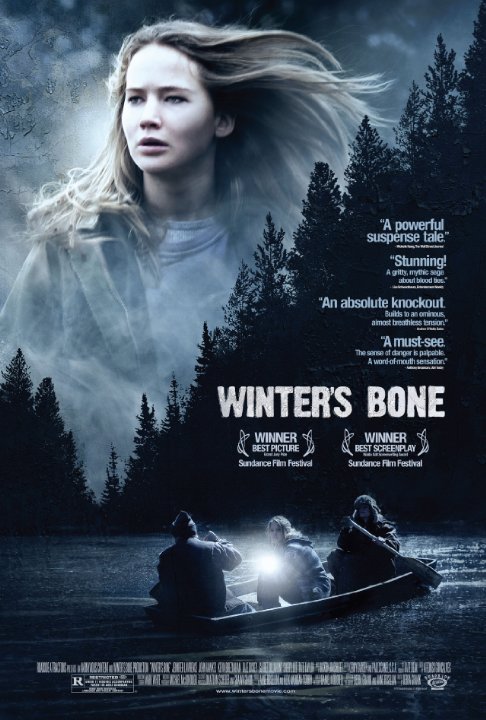 The dark and chilling feel of Winterâs Bone is a symbol for the dark world Jennifer Lawrenceâs character Ree lives in. Director Debra Granik does a fantastic job at creating this atmosphere. I donât just mean with images, but with all the characters. We are so taken away by it that weâll almost feel fear watching it. By focusing on such a fantastic backdrop, Granik is able to let all the fantastic actors do their own thing. Each one feels so genuine and gives a great compliment to the setting. However, no one stands out more than Jennifer Lawrence.

Jennifer Lawrence gives the movie everything else it needs. She is our guide through this world and what a fantastic guide she is. It at least appears to us as if she has no fear of this dark world. She is raising her younger siblings pretty much on her own. She has just found out that their home will be taken from them in one week. She has to keep her head up. She does this because she wants to be a good example for her brother and sister. She wants them to be strong. She has to be there to protect them. To be the mother they donât really have right now.

All throughout the movie we expect her to reach her breaking point. That never comes. We donât even see her cry once until the end, and when this happens no one even has sympathy for her â we obviously do and that makes everything even harder for us to take. That scene confirms to us that there is no one to take care of Ree anymore. We would think that would mean that she should leave and find some way to care for herself, but she wonât because she knows she has bigger responsibilities.

So many movies come out about people looking for answers in there own life. Perhaps these people are spoiled brats. I don't know if i can ever have as much sympathy for those characters anymore after seeing Winter's Bone