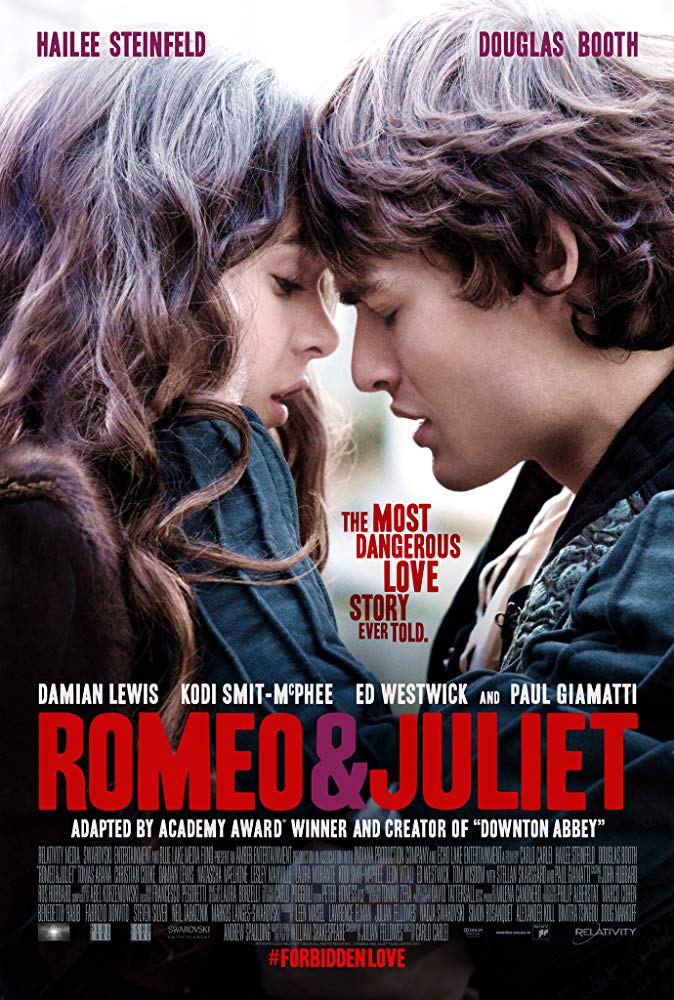 A classic tale of forbidden love due to feuding families: A Capulet and a Montague fell in love at first sight leads us to the greatest tragedy of all time.

***
I have never read Romeo and Juliet (yeah, shame on me!) but I would say that this film does not give much of something new to the ever familiar love story. I saw DiCaprio's "Romeo+Juliet" and I can say that the 1996 film was way better, artistically and technically. The two young stars (Hailee Steinfeld and Douglas Booth) were both good but I think, the story were not for them, playing as Romeo and Juliet does not make them a brighter star (for me). Steinfeld (An Academy Award Nominee) and Booth better pick script that will really showcase their talents.
Over-all, direction was fine, it took the lustful side of Romeo and Juliet's affair in contrast to the expected pure and insane young love. It's Romeo and Juliet, how can we argue on the story.