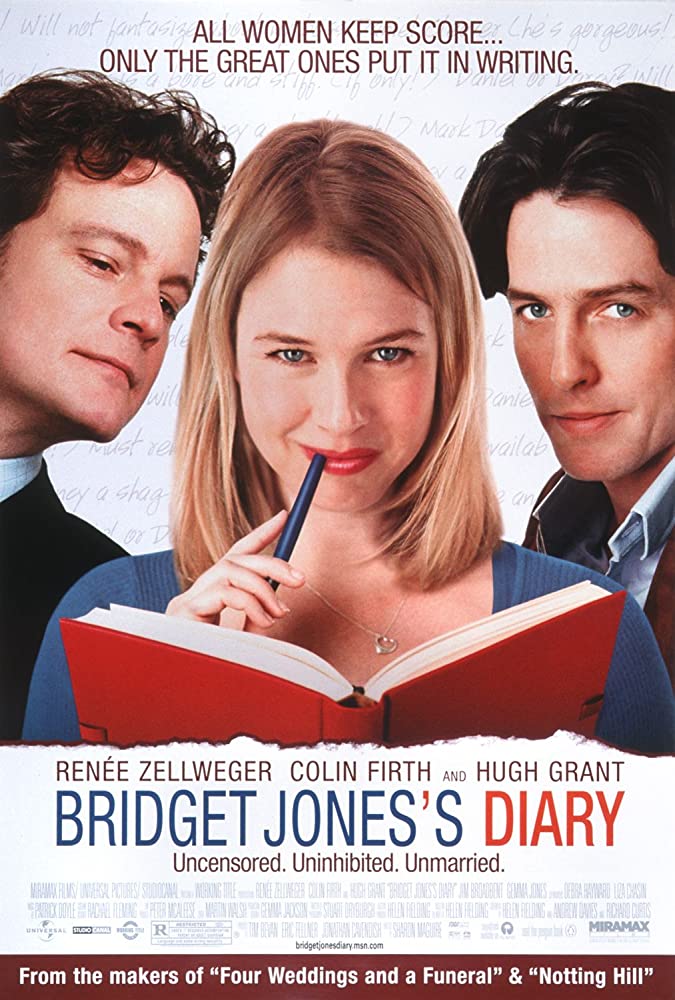 So I have added a few chick flicks to my repertoire of films that enjoy. While I don't actively seek out these kinds of movies I have to admit that there are a few that I like. Bridget Jones Diary is one of the movies that I think is really well done. Renee Zellwegger does an amazing job as a woman that is afraid of becoming a spinster and decides to change her life, only to find that she is pursued by 2 men, Daniel Clever and Mark Darcy (Hugh Grant and Colin Firth). Both men were friends but became bitter enemies, it should be noted that they became enemies before having met Bridget.
So the movie is a romantic comedy, with a lot of funny parts, and just a great story line.