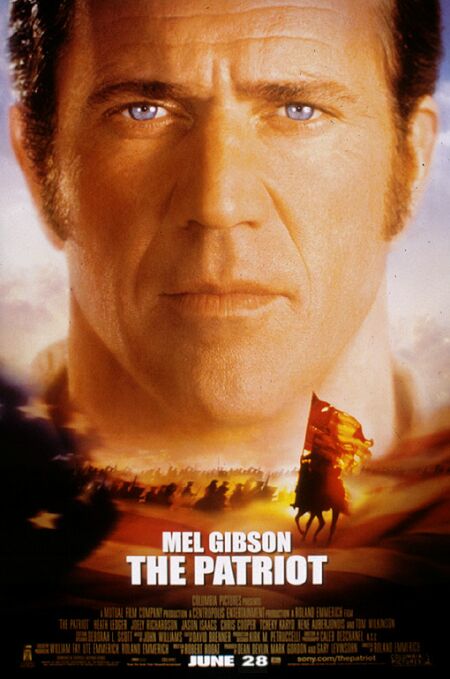 Preposterous, posturing and pretentious. The film can be summed up perfectly in one scene, where in attempt to look more "rustic" and "American", the Australian lead is seen eating an apple with a knife, like look at how American I am! Of course the villain is a heartless bastard who kills several children just for fun and burns down a church filled with innocent Christians. Finally Gibson symbolically defeats the British commander with nothing other than an American flag itself.