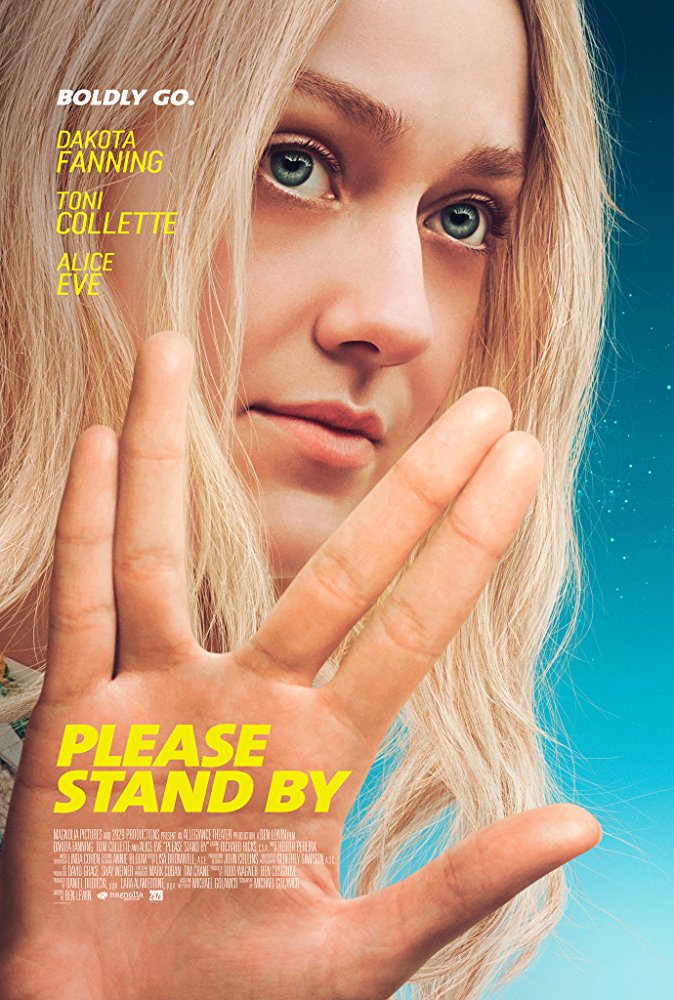 An autistic girl on an adventurous quest.
ikkegoemikke - wrote on 05/04/18

âLike Spock, for example.
Heâs half-human, half-alien.
He has trouble dealing with his emotions.
Where did it say that?
Thatâs just how he is.â

Although âStand by meâ is a fairly predictable film and unrestrainedly endeavors to strike a sensitive nerve, Iâm all for such a type of film. The number of films about individuals with a disability, who try to survive in our society where perfection is the standard nowadays, and who succeed in making great achievements, is endless. âI am Samâ, âForrest Gumpâ, âRain Manâ, âThe theory of everythingâ, âStill Aliceâ, âX + Yâ and âWhoâs driving dougâ, to name but a few. These are all films where one feels sorry for the main character first. And after a while you realize that these persons surpass all expectations and amaze themselves about their own abilities. Just like Wendy (Dakota Fanning), who suffers from a severe form of autism so that communicating with her environment is a huge obstacle and her daily life is determined by a strict schedule. Handing in a self-written script for a âStar Trekâ episode, however, ensures that this well-ordered and well-defined life is shaken up.

All due respect to Dakota Fanning. The way she played this complex character deserves all praise. She distanced herself from all the possibilities available to portray Wendy with all possible tics and ridiculous rituals. Also the phenomenon of autism was not unnecessarily enlarged by her. Apart from the compulsive writing down of all kinds of facts in her notebook and the pattern of colorful sweaters sheâs wearing on specific days, she seems to function reasonably normal. Not as Freddie Higmore who plays a similar character in âThe Good Doctorâ with a forced intonation making him sound like a voice computer with incorrectly installed software from Lernout & Hauspie. And yes, I know the spectrum of autism is fairly broad. But I appreciated the modesty with which Dakota Fanning played the person Wendy.

Also Toni âMiss you alreadyâ Collette played a not so bad part as Scottie who leads the home where Wendy lives. A patient and passionate person who guides each individual in this center and tries to point these individuals the right way towards a bearable personal life. It wasnât immediately clear to me whether Scottie was her real name or a kind of joke because of Wendyâs passion for the television series âStar Trekâ. Frankly, I felt that all other characters fulfilled their job in an orderly manner. The fact they came across as plain add-ons is entirely due to the beautiful acting of Dakota Fanning of course. The entire film shows how Wendyâs trust grows and she shifts her own boundaries (even if itâs just crossing a specific street).

âPlease stand byâ is not primarily about how autists handle themselves and how confusing their view on life is. The subject isnât really thoroughly explored or explained in this area. I canât even remember the word autism being pronounced once. Only a brief remark by a devout, old female about her grandson who displays an identical behavior. Itâs actually a kind of adventurous quest with the ultimate goal of delivering the filmscript. And so Wendy needs to follow a path, completely normal for average people, where she meets a lot of people with bad intentions. And each time sheâs saved by caring persons. Almost something like Frodo and that damn ring he had to throw in Mount Doom. Also a risky quest full of obstacles and devious creatures. But then without the autism phenomenon.

Finally, a big applaus for the dog Pete who accompanies Wendy the whole way. They looked like Dorothy and Toto heading for the Wizard of Oz. Fortunately, the duo wasnât as annoying as Reese Witherspoon and her little pooch in a pink outfit in âLegally Blondeâ. And the most surprising moment was when a policeman talked to Wendy in a very remarkable way. But you have to discover that yourself when you watch this engaging and charming film.

P.S. If the script âThe many and the fewâ really exists, I hope itâll become a real film. The fragments of text that were read, sounded intriguing!