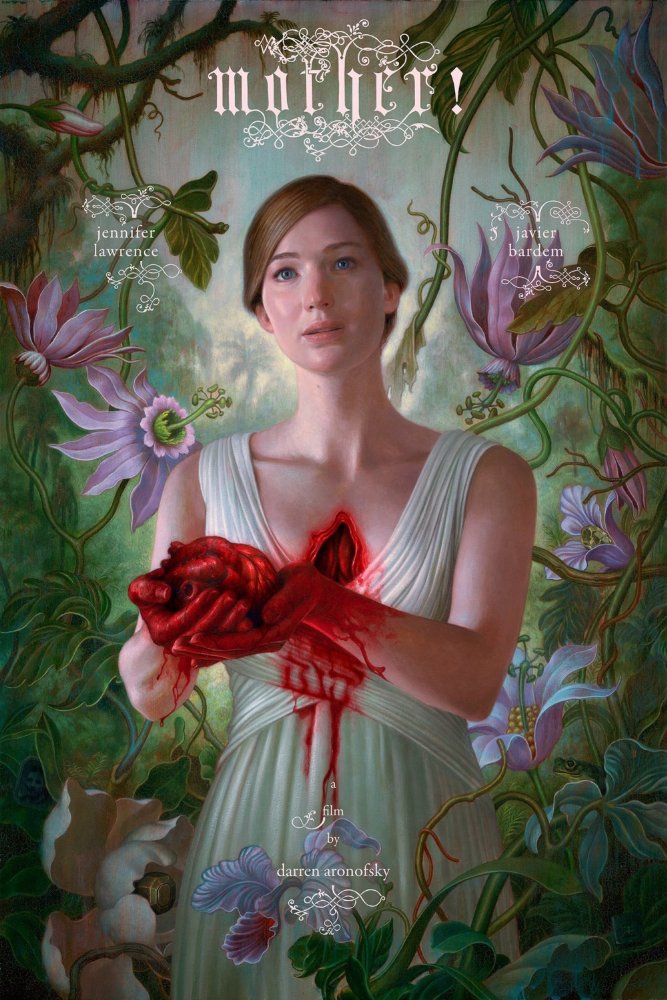 After giving it some thought, my mind has changed completely and how I admire the movie even more.

"mother!" is f**king nuts that by the end of it I was left speechless. What starts off as a slow burn thriller with sprinkle of mystery, turns into chaos of cruel humanity. Leaving a dark impression that left me shaking in shock which never happened before. Almost like I just witness murder.

The whole thing is one giant metaphor and is very clear of what it's trying to be. Despite the story being straight forward when you fully get a gasp of it, never did it come across pretentious, putting aside what people have said. The way it was told was so unique.

Darren Aronofsky brought what I call a 'disturbed honesty'. Something holy and yet so unholy. Dark and deep in the roots of humanity. Nothing this guy does feel like shock value, just a depressing portray of art.

I don't want to say anymore due to keeping things under wraps for people who know little about the film. The performances all around are fantastic and it's something that's gonna say with me for a long time.

To be honest, I've started to love the film even more as time to go on. Not for everyone, but with each thought, the more brilliant it becomes.