Matthew Brady's Movie Review of Pride and Prejudice and Zombies 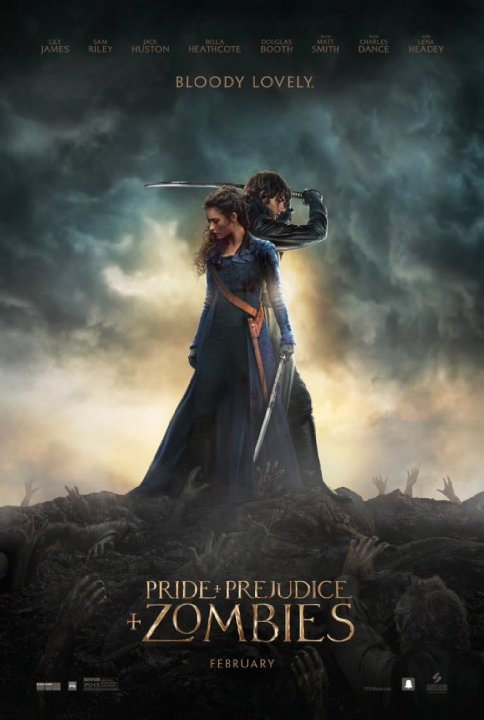 Pride and Prejudice and Zombies

Pride and Prejudice...or and there's Zombies in it as well.

The story is about a zombie outbreak has fallen upon the land in Jane Austen's classic tale of the tangled relationships between lovers from different social classes in 19th century England.

Pride and Prejudice and Zombies is just as ridiculous as it sounds. Just the thought of taking a classic novel and adding whatever monsters you can put in. It's been done before in movies, TV shows and novels. Now we've got this movie and you would expect a film like this to be a fun, gory and just a good time, but sadly that's not the case here, because Pride and Prejudice and Zombies isn't that good or fun.

The problem that I had with this movie is that I had no fun at all watching it and the film takes itself way too seriously. A couple of times it dose lose focus on what it's doing and at one point completely forgetting that it's a zombie movie. I know the "Pride and Prejudice" thing is in the title so it would be like that, but zombies are in the title as well.

The movie has a lot of interesting ideas (mostly with the zombies), unfortunately those ideas gets brush aside and what we get is less of a zombie movie as it adverse. Yes the movie dose deliver on Pride and Prejudice, but not that much on zombies. Another thing that I was really disappointed with is the lackluster fight scenes, I mean it wasn't anything that special or exciting. Lena Headey and Charles Dance are in this movie and both of them don't do anything. It was a complete waste of their talents and time.

There are good things in this movie such as: the make-up was pretty solid, the performances for the most part were good and it was well shot at times.

Overall Pride and Prejudice and Zombies was a massive disappointment for me, because it had a chance of being great and enjoyable. As I said before, it had a lot of things going for it with the cast, the director and the fresh ideas for the zombies. This is another movie that couldn't live up to it's title.