Snoogans's Movie Review of The SpongeBob Movie: Sponge Out of Water 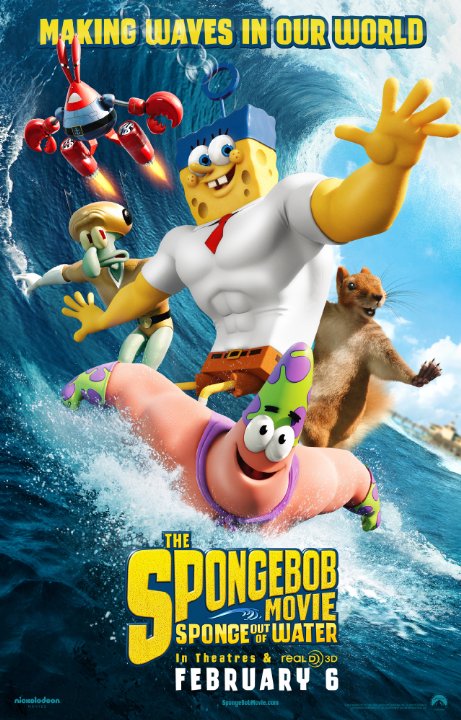 The SpongeBob Movie: Sponge Out of Water

This sequel marks a definite improvement over the previous SpongeBob film. The story, characters, and humor harken back to the early days of the television show. This is partly due to involvement from the show's creators. There are many funny jokes involving weird/gross detailed animation and wacky/bizarre moments. The film goes in areas not expected. I laughed quite often at the fun absurdness. Most all of the main characters get their screen time. It's fairly enjoyable. The live-action bits were okay interruptions during the first two-thirds, but the (almost full) third act looses steam when the animated troop are rendered 3D in a real-world setting. The humor shifts entirely in tone, falling flat in the process. The whole 'superpowers' aspect is intentionally pandering to the tikes in the audience. It gets a little long winded when wrapping up. Everything leading up to this shift is some of the best material seen from the SpongeBob brand in years. The finale brings my rating down a half-star. The rest is a solid recommendation to anyone with the least bit of liking for the yellow sponge and his crew of sea-dwellers.