Lee's Movie Review of The Man with the Golden Gun

The Man with the Golden Gun

Although an avid Bond fan, I find as I rewatched a few of the older bonds especially the ones starring Roger Moore (Who was at one time my fave Bond till Pierce Brosnan came along) I shake my head wondering what I was thinking ? As they all are so cheesy...That being said The Man With The Golden Gun takes the cake when it comes to cheese...cheesy one liners....cheesy special effects(The AMC Matador that sprouts wings and turns into a plane is just hilarious) I guess these are all things that make for a Bond film (Not lately) especially one that was produced in the early 70's? This was not one of my fave Ian Fleming stories that's for sure.

I'll take cheesy Bond any day - simply because it's always entertaining. That being said, Moonraker goes a little over-the-top - some people may think the more recent Bond films are too serious, but they will certainly hold up better when looking back in the future. 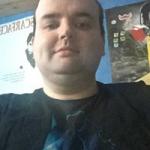 Great film one of my faves