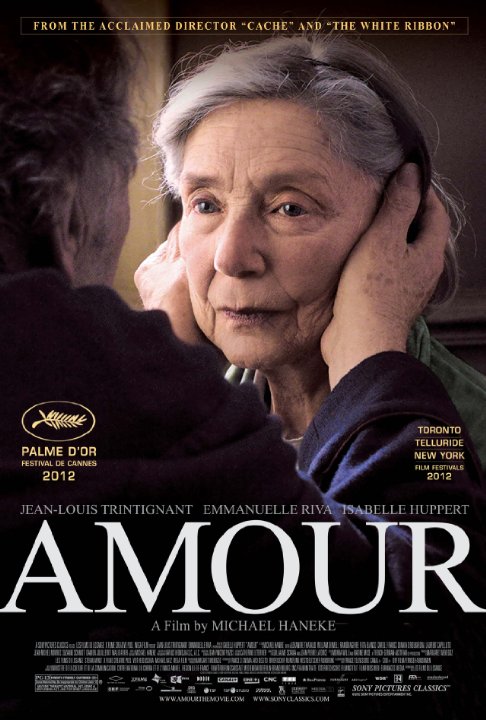 Although I don't mind watching foreign films from time to time i have to admit only watching this film as Emmanuelle Riva (Anne in this story) was nominated for best actress for it and being a fan of the oscars (Really the only award program i watch regularily) I try and make a point to see as many films that are nominated as possible. This approach actualy broadens my movie horizons as this is definatly not a movie i would've watched otherwise. That much being said i didn't hate the film and will say Emmanuelle did a good job portraying Anne who has been striken in the film by not one but two strokes. Do i think it's a performance worthy of an oscar nod??...no i do not. You see the movie itself is very dark in it's nature as it tells the story of George and Anne, a couple both in their senior years of life and the toll the strokes take on their relationship. However i have seen the 'sick' spouse story at least a hundred times and it has been done much better by better actors. Although not a spouse story, Tom Hank's portrayal of a lawyer stricken with the aids virus is still one of the better performances out there (Just threw that in for an example, so you guys see what i mean in comparison)

This storyline of coarse is not a happy one so i'm not going to bash it for being too depressing, it's just like the director put cameras in a senior couple's home and we get to sit through the demise of the poor woman, nothing more to offer i'm afraid then that. Oscar worthy performance? I dont think so.