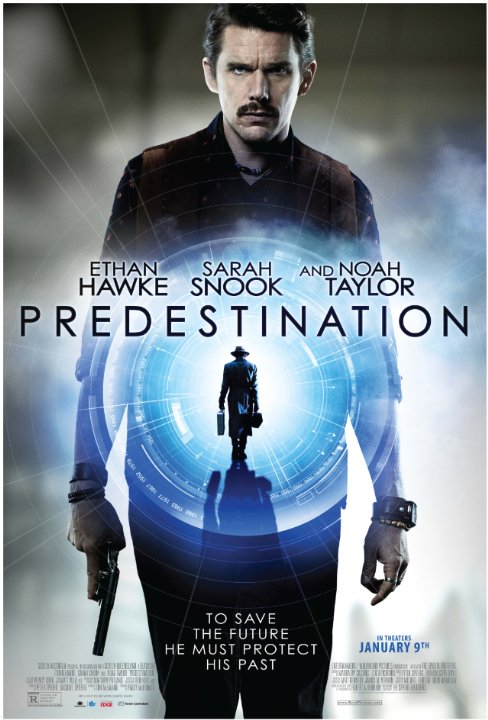 This is a great time travel movie with some cool plot twists and real storyline and acting.
A man walks into a bar and they get talking and he bets the barman he has a story he will never believe but he is not what he seems to be , it then flashes back to his early life as he tells his story.
meanwhile the barman is a agent who has been travelling back in time to try and catch a serial killer that has escaped him all these years, its when they speak to each other is when he decides to help him out by going back with him to the past to right some wrongs.
There's a lot more to come and mullti twists and turns. and a story that really makes you think and stays with you after the film.
The only one downflaw is there isnt a lot of action, if it just had a little more going on action wise it would be perfect. but this is a proper story and has a tale to tell , it isn't about being a back to the future or timecop. but more about story which it tells very well.
ethan hawke is great in this the best film ive seen him in really, sarah snook is great and owns the part.
i'd highly recommend this film, i guess for people who are just after things blowing up and lots of action etc they might not give it a chance but its a great film, one you can get into and lose yourself and try to work out whats going on.