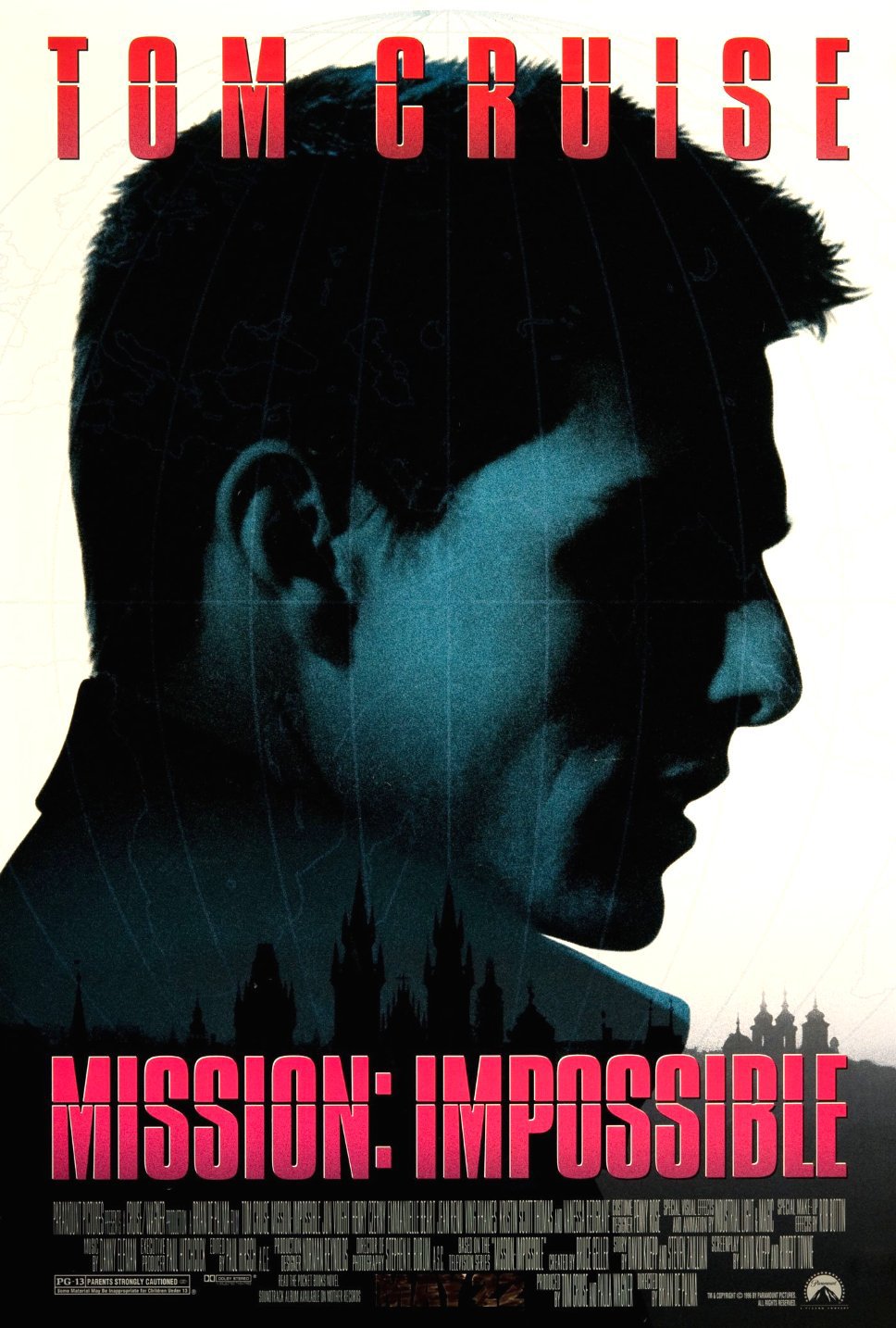 In what roughly equals one third of Mission: Impossible, I could only ask myself, "What the heck is going on?" Mission: Impossible can be so hopelessly convoluted at times, it's impossible to understand the film's plot. This is especially odd, as the plot isn't even especially complex, it's just presented in an needlessly complicated way. Still, all story and screenplay issues are easily redeemed by the thrilling action scenes and nifty (and dated) espionage scenes.

Ethan Hunt, framed for murdering his entire mission team, is out to clear his name. And while that's the gist of the film, it is very possible that you won't understand what's going on for significant portions of the film.

There are several "twists" throughout the film, but few of them really register as surprising or stunning, as the audience is often scratching their heads, wondering what just happened. Mission: Impossible does not have a strong story, but it's made worse by a poor script and convoluted story-telling.

Thankfully, the action scenes are fun enough to make one temporarily forget the filler in-between. Sure, they're all a bit ridiculous (not to tell a bad joke, but Mission: Improbable anyone?), but they're reasonably entertaining, and at times, highly suspenseful.

Still, one feels like the impact of the action scenes could've been heightened by more interesting characters. There is not a single memorable character in this film (with one exception, though it would be a spoiler to say whom this character is). The characters have absolutely no personality, which hurts the film dramatically.

As a result of the bland characters, the performances are bland, but at least serviceable. The actors and actresses try to get as much out of their weak characters as possible, but it doesn't make anybody more memorable.

The score, composed by Danny Elfman (utilizing themes by Lalo Schifrin) is really fun at times. The use of the Mission: Impossible theme is great, but the score doesn't rely entirely on the use of this theme, which is refreshing for a film like this. The only problem with the score (which doesn't have anything to do with Elfman himself) is the ear-bleedingly terrible arrangement of the Mission: Impossible theme during the credits by Larry Mullen, Jr. and Adam Clayton.

While Mission: Impossible is heavily convoluted and not especially original (one scene involving a telephone call is highly reminiscent of 1993's The Fugitive), but there's enough entertaining action sequences to make up for this. Mission: Impossible isn't exactly sophisticated fare, nor is it as breezily fun as other popcorn flicks. But it's got enough thrills to justify a watch- and enough issues to justify a pass.