JLFM's Movie Review of Harry Potter and the Sorcerer's Stone 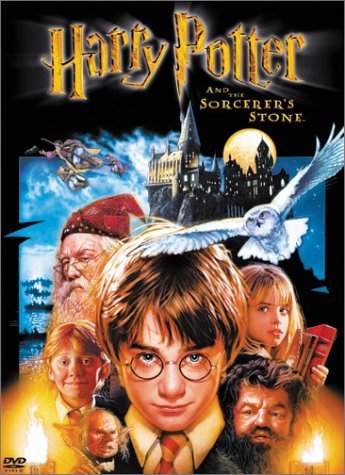 Despite having never read the Harry Potter books, I was pretty sure what I was getting into before I watched the Harry Potter and the Sorcerer's Stone: a basic kid's fantasy with a few kid wizards get mixed up in an evil, magical, plot. And I was correct. Essentially, I got what I expected, which- in this case- isn't a bad thing, but is it unfair to have hoped for a bit more from one of the most famed film series of all time?

Harry Potter is an orphan child that is taken to Hogwarts (a school for wizards) upon being informed that he has magical abilities. Harry befriends Ron Weasely and Hermione Granger, and it isn't long until the trio discover a villainous plan to steal the Sorcerer's Stone.

The length is one of the biggest problems. Harry Potter and the Sorcerer's Stone has a two and a half hour run time, and frankly, the tale seems absurdly slight for a film of such length. Indeed, there seems to be no real middle in the story. Just an absurdly long beginning and a really fast ending. The film just kept building up to something, but ultimately there was nothing to build up to. The treasure here lays in the journey, not the destination, but it would've been nice to have a little more meat in the conclusion.

The other most notable issue is the special effects. While there are a number of effects that are pulled off quite well, the vast majority are hopelessly dated, cheap looking, and even phony at times. One's tolerance towards this may vary depending on the person. The film is entertaining enough to be enjoyed in spite of dubious effects, though they can be quite distracting at times (and downright laughable at others).

The acting is mostly good, though as the film deals with children, the acting is far from excellent. Daniel Radcliffe is respectable as Harry Potter, but there are a number of poorly delivered lines on Radcliffe's part. Emma Watson is good as Hermione Granger too, but the highlight of the children actors is Rupert Grint giving a standout performance as Ron Weasley. Richard Griffiths has a small, but highly memorable bit, as the father of a spoiled child.

The score, composed by John Williams, is appropriately magical. With a very memorable main theme, and some really excellent action music, this is a superb fantasy score.

The best thing about Harry Potter is that it creates an environment you want to return to. You want to spend more time with the characters, you want to spend more time at Hogwarts. But you also want to have something to do while you're there. And there's simply not enough going on to justify a 152 minute run time. Still, most of the film works, and there are some really good ideas here. Harry Potter and the Sorcerer's Stone isn't quite enchanting, but it does cast a rather good spell.