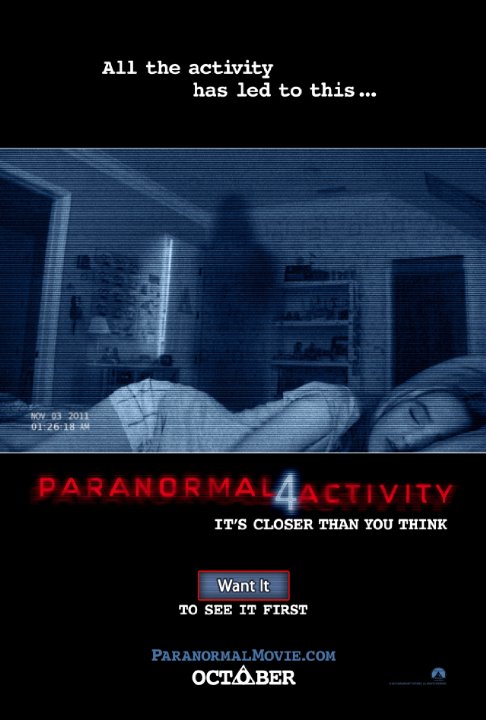 After watching all of this series this one was a supreme let down in relation to the others. Less scares and more talk, talk, talk, talk, talk, all by the teenage daughter. While the other movies where we the audience were viewing the occurrences through the camera, instead we mostly see the teenage daughter. Her face filling screen after screen of her talking to her boyfriend. Nothing against the actual actress and more against the screen writer. With a house less memorable than all the others previous and cat that they don't actually use to set any sort of atmosphere, this part of the series falls very short. Only part of the film that was somewhat interesting was the Kinect. A very cool little idea that could have been used to better effect. A Boring snoozefest and with a huge amount of ghostly/demonic film choices out there, skip this one and pick something else.