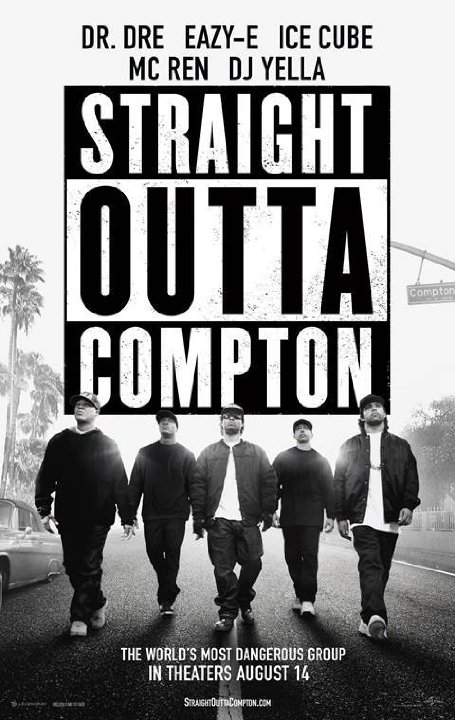 A biopic of controversy-courting pioneers of gangster rap N.W.A., Straight Outta Compton charts the explosive trajectory of a group of friends from the streets of Los Angeles to megastardom. The thing that first strikes you about this film is its authenticity. Not only do the performances of its young stars seem completely natural, they share a real chemistry that makes them totally convincing as friends who grew up together and they even look like the real thing; Corey Hawkins makes a remarkably convincing Dre and O'Shea Jackson's resemblance to his father is uncanny. The story of N.W.A. makes for fantastic material, living as they did lives that were like a real life version of Grand Theft Auto, from the violence and drugs of the streets through to creating some of the cornerstones of modern popular music, all set to the backdrop of the racial tension of the time that resulted in the riots in the wake of Rodney King's infamous beating at the hands of the LAPD. It obvious helps if you are a fan of the genre and for me putting some of my favourite music growing up - and still - into context was very entertaining. At over two and a half hours, some may find the running time a little intimidating but it never drags thanks to their incident-filled careers and a truly magnificent soundtrack. Near essential viewing for aficionados of both hip hop and popular culture in general.