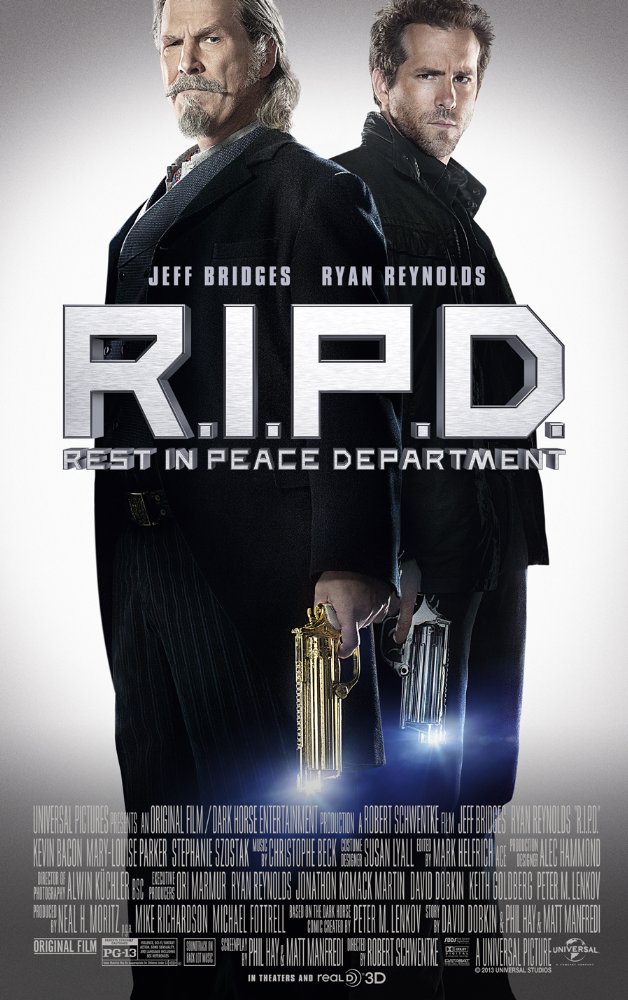 A police detective is betrayed and murdered by his corrupt partner and finds himself an officer of the RIPD, the police force of the afterlife charged with bringing errant evil souls to justice. The presence of Jeff Bridges can normally be relied upon to be a fair indication as to whether a film is going to be worth the time, but on this occasion I think he ought to have words with his agent. RIPD is as flimsy as flimsy can be with a concept that completely fails to capture the imagination. The utterly workmanlike script contains few thrills and fewer laughs and Bridges and Reynolds manage to share very little chemistry in their cliched bickering buddy partnership. Even the special effects are not up to scratch and the plot is paper thin with nothing in the way of engaging characters, dialogue or relationships required to make a film interesting. Mary-Louise Parker adds some colour to the proceedings but otherwise, RIPD is little more than a half-baked, witless rip off of Men In Black.