Yojimbo's Movie Review of The Cabin in the Woods 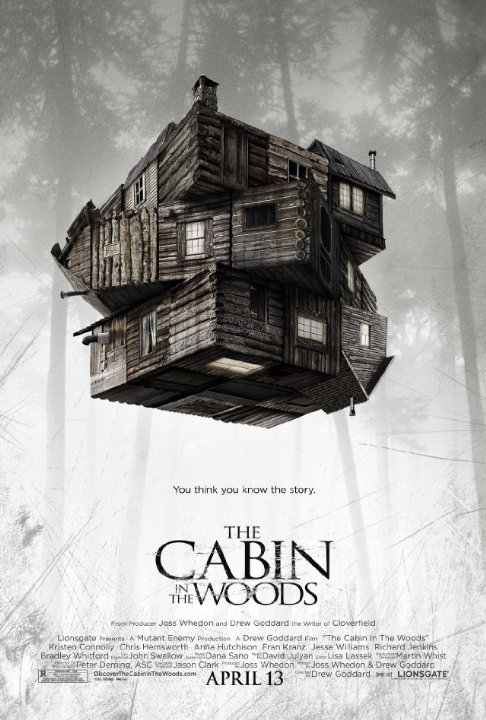 The Cabin in the Woods

FIve college kids go to a remote cabin to party but find themselves the rats in a maze constructed by a mysterious group intent on their gruesome demises. The Cabin In The Woods is very much in Joss Whedon's familiar territory of ironic pastiche, featuring the usual gang of jocks, hotties and the gratuitous wise-cracking nerd going into the woods that hillbillies forgot to get murdered in various stereotypical ways. The big difference is in the way that the perpetrators are not the rent-a-zombies, but a kind of "Evil Incorporated" who are just a bunch of white collar, clock-punching schmos. The scenes below ground are by far the best with Bradley Whitford commenting on the proceedings like a kind of parody of Mystery Theatre 3000 as they crack wise while admiring their handiwork. I suspect that the film would have benefited from a more hands on approach by Joss Whedon's keener sense of the post modern and lighter comic touch, Goddard's punch line in particular felt weak compared to the very amusing build up. But as a whole, it's just the right side of self deprecating and much, much better than the hugely over-rated Scream.

I agree with you. I always thought Scream was trying to hard to get it's joke across, but The Cabin in the Woods is clever and a lot more funny.