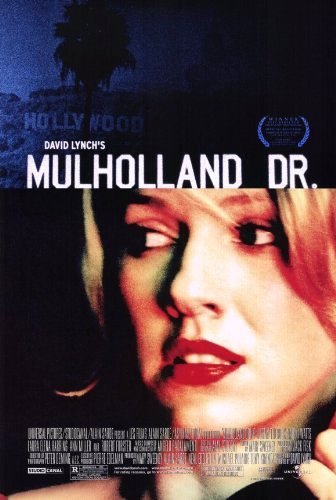 An aspiring, fresh-faced young actress new in Hollywood discovers a woman in her appartment who is suffering from amnesia and they attempt to discover who she is using only a few slender clues. David Lynch once again delights and exasperates with this beautiful and always intriguing modern noir. It does not surprise me to discover that this was originally intended to be a TV show, as it reminded me a lot of Lynch's classic series Twin Peaks. It is not as baffling as much of Lynch's work, and although there are shades of Lost Highway in that suddenly the characters seem to become someone else, it does have a coherent narrative that explains all (if you were paying VERY close attention!) Lynch uses his trademark intensity of imagery and sound to create an otherwordly feeling, but it is not as sinister as some of his other work and so it's rather more accessible. In fact, the first two acts of the film do seem like just another post-Tarantino mystery thriller, but the finale of the film is quite astonishing. Another stylish and seductive headf*** from the master of the macabre.