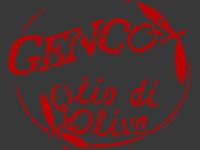 Movie Quotes: Oh yeah, a buffer. The family had a lot of buffers. - Joe Spinell, The Godfather, Part II (1974)

...and there's this guy fucking me from behind, right, and there's these two huge guys dressed like cops in my mouth at the same time and I remember thinking to myself, "I like acting. I wanna study." - Mira Sorvino, Mighty Aphrodite (1995)