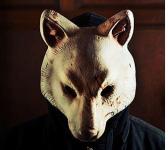 Film I Hate: Big budget garbage with Will Smith

Movie Quotes: "Just remember what ol' Jack Burton does when the earth quakes, and the poison arrows fall from the sky, and the pillars of Heaven shake. Yeah, Jack Burton just looks that big ol' storm right square in the eye and he says, "Give me your best shot, pal. I

Noonan and Cox spot on as killers...unlike Sir...

Anthony Hopkins. Does that guy even read novels or the background of his role? Noonan and Cox are outstanding as they play two very different psychopathic serial killers. Both are intelligent, one is a bit more educated yet laid back, and the other is more sympathetic and not flashy. Years later, Hopkins would take the role of Hannibal Lector and make him a farce that's truly less horrifying as the real monsters. They blend in... and Lector is a bad cliche' with his love of arts, great food, different countries, ability to speak a zillion languages, and is also charming before he takes a bite out of your face. He couldn't manipulate a freaking cop with that attitude. Bryan Cox owns his character and is laid back, not as pompous, …