one of my friends said that it wasnt a good movie.. so i saw it with a burden ...but the movie exceeded my expectations...better than the crap movies releases which happen every year.. But it`s only a One time watch...Tell me if u disagree 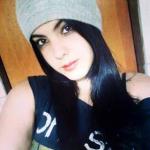 i had saw 3 time this movie it's very good movie i gave **** for this movie&nbsp;

I quite liked it. Think he was going for a type of comic book feel. Can def tell director is European. I can see how critics would hive it a hard time though.

I loved Scarlet, but she was the only good thing about Lucy!

you should watch "The Big Blue" then. i love the directors cut. if you don't love him after that you never will. fantastic movie. incredible soundtrack. stunning visuals.

I like Luc Besson, but I'v never loved him.&nbsp; I always thought "Leon" and The Fifth Element were overrated, and I agree that The Family was forgettable.&nbsp; However I always get unduly excited whenever a movie he is producing or directing is released, I almost always see his Europa Corp movies opening weekend just because they all look like action movies from a different era, which I almost consistently prefer to modern CGI heavy comic book fair.&nbsp; So yeah, I'm not expecting this one to be very good, but I'll go see the hell out of it anyways.

All I'm going to say is that Scarlett Johansson could kick my ass any day of the week - but it's more than just a pretty face here. Luc Besson has given us La Femme Nickita, Leon: The Professional and The Fifth Element. He can merge action with a sci-fi twist - or just deliver on straight-up action. Yes, he may have stumbled a bit with The Family (not a bad film - but certainly not memorable either), so he deserves a hit - here's hoping Lucy is that hit.