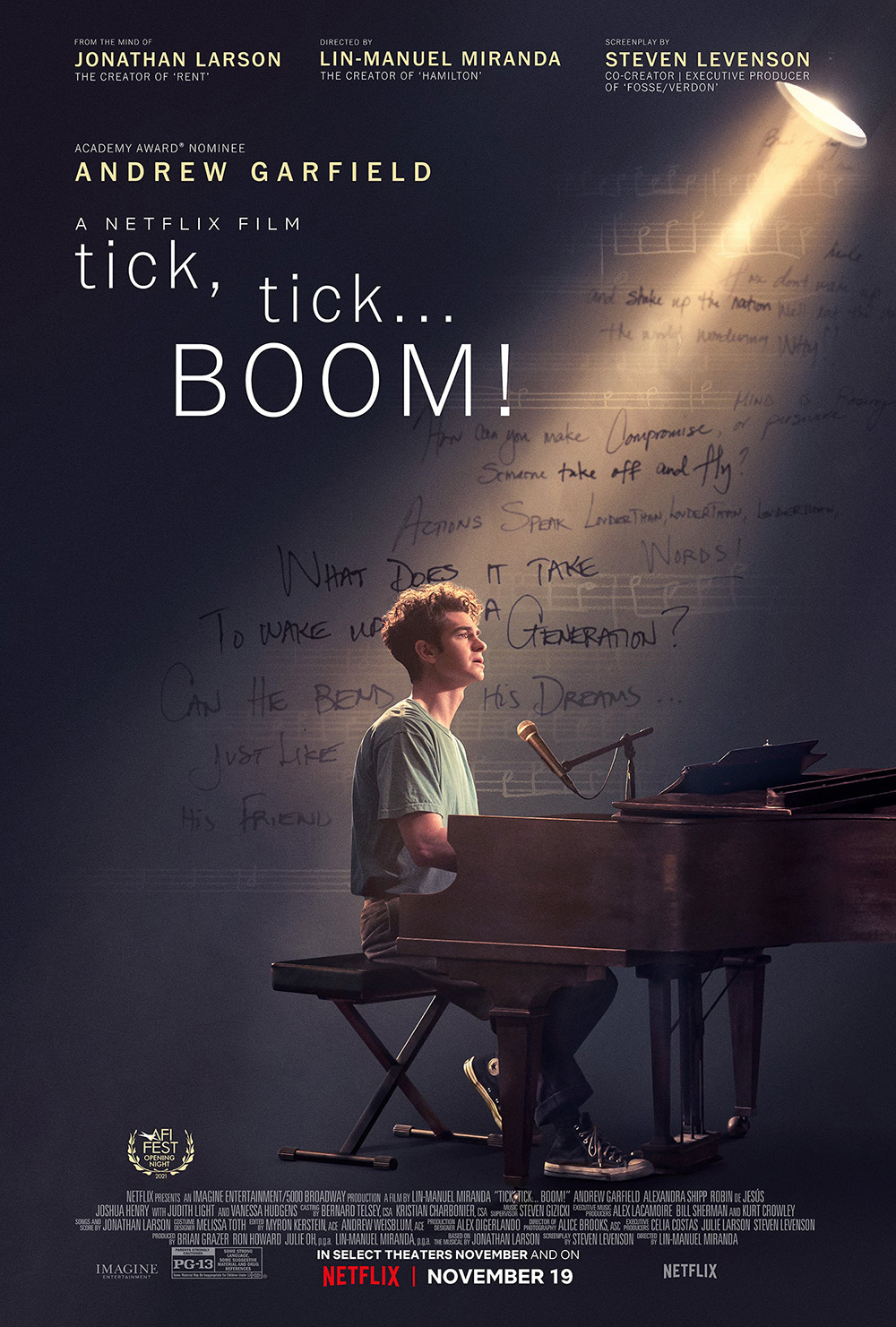 Plot: In 1990, Jon is about to turn 30 as he waits tables in a New York City diner and at every opportunity continues to work on what he hopes to be the next great American musical. But as the as the day approached when he is to showcase his endeavor, he faces pressure all around - from his artistic girlfriend who wants to leave New York to his friend Michael who has given up on his dream in exchange for financial security to an artistic community struggling with the AIDS epidemic. It all leads to one question: What are we meant to do with the time we have? -- Chris Kavan

Carried almost entirely on the lanky shoulders of Andrew Garfield, "tick, tick... Boom!" makes a sensational transition to the screen while staying firmly rooted in the stage where Jonathan Larson first found his success.

A Star is Born Out of Struggle and Determination

You would never guess it after watching, but apparently star of tick, tick... Boom! Andrew Garfield had nothing approaching singing experience before being cast and spent an entire year preparing for the role of Jonathan Larson. I say that all the worked more than paid off as Garfield is the heart and soul of the film and his singing is impeccable.

Larson was the creative talent that gave us Rent, on of the most influential Broadway productions of its generation. But before Rent could even get off the ground, Larson was struggling with another musical he had been working on for the better part of a decade, a futuristic, sci-fi number about people starring at screens non-stop and watching people being popular for... being popular (not only was he a musical genius, but he could predict …

No posts have been made on this movie yet. Be the first to start talking about tick, tick...Boom!!