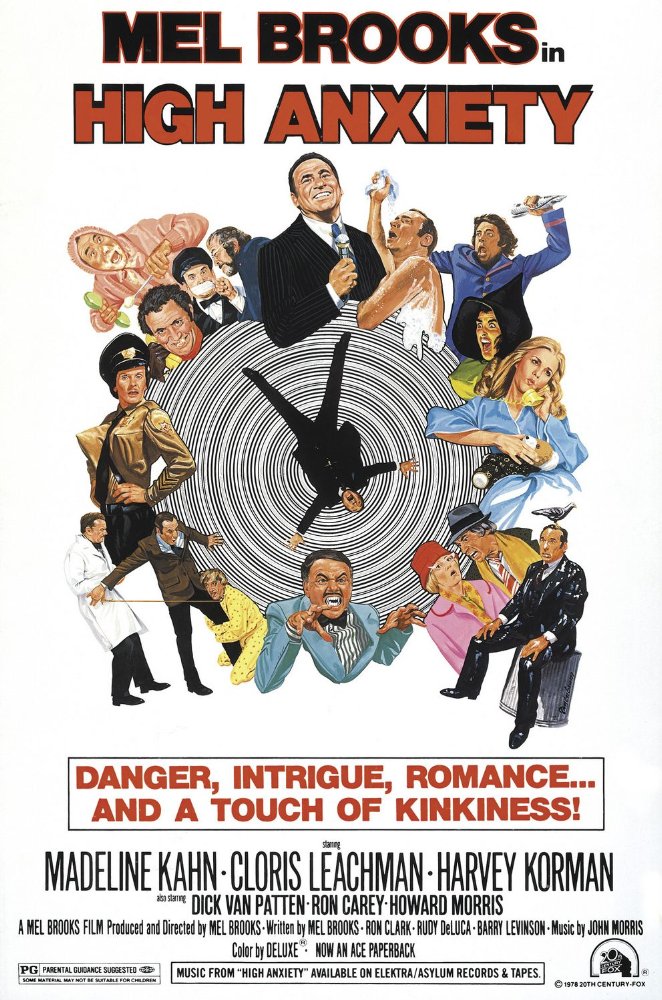 Plot: An new administrator at a psychiatric care facility finds himself framed for murder. In order to clear his name he will have to face his own "high anxiety" while uncovering clues to find the real killer. -- Chris Kavan

Maliciously funny, and worthy of paying respect to The Master of Suspense.

A mid-tier Mel Brooks film. What's great about this is Mel Brooks is the star. It features all of the Brooks essential, Kahn, Korman, Van Patten, Jew jokes. The fact that he had the balls to parody Hitchcock films is fantastic. Supposedly, according to Robert Osborne of TCM, Hitchcock actually supplied one joke to the film. I don't know which one.

Top 32 Films of 1977 by CarnivorousCouch

No posts have been made on this movie yet. Be the first to start talking about High Anxiety!