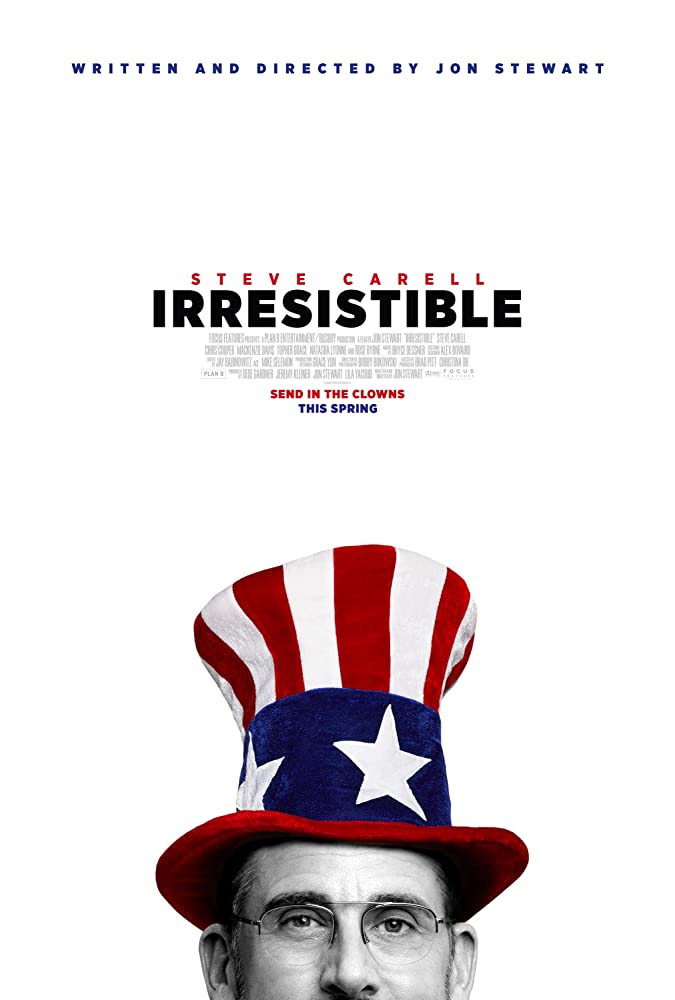 Plot: Retired Democratic strategist Gary Zimmer takes a chance in helping Colonel Jack Hasting run for mayor of a small, conservative Wisconsin town in hopes of changing the political climate to the left. But his plot and politics gain the attention of the RNC, who send their own cut-throat strategist Faith to counter his moves. -- Chris Kavan

It's not the resounding satire an election year like this deserves, but Jon Stewart understands American politics, and his pro-populism script shows that.

No posts have been made on this movie yet. Be the first to start talking about Irresistible!