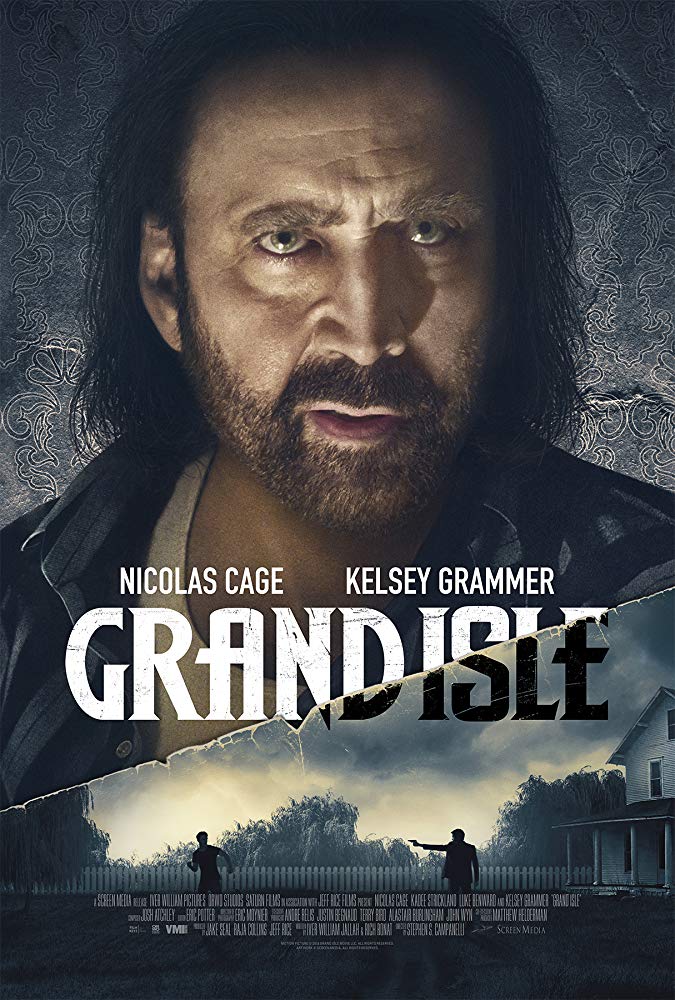 For those people who have a problem with Nicolas Cage recent casting as Joe Exotic, you may want to reconsider your judgments. I mean just look at that hair, grin, and overall filmography. His last name literally has "cage" in it, like a caged tiger. He's perfect for it. Oh, yeah about 'Grand Isle', it isn't very good. It's nowhere near the "So bad it's funny level", just really boring.

Go ahead and take her.
Sheâs all yours.
But Iâll tell you this.
She got a dark sideâ¦ Darker than hell.

I admire the phenomenon called Nicolas Cage enormously. Every film with him (and nowadays itâs a lot every year) is a mandatory watch for me. I really canât let a single Cage movie pass by. Even though I know that more than half of them are of a dubious level. And some downright bad. And yet there are sometimes gems in between. Now, âGrand Isleâ certainly isnât the pinnacle of his film oeuvre. Itâs rather mediocre. The run-up is promising. The concept had potential. And Cage is having a blast with his role that fits him like a glove. Add to that a bitter Milf, a young handyman whose hormones are going berzerk and âFrasierâ as a biased, god-fearing …

No posts have been made on this movie yet. Be the first to start talking about Grand Isle!